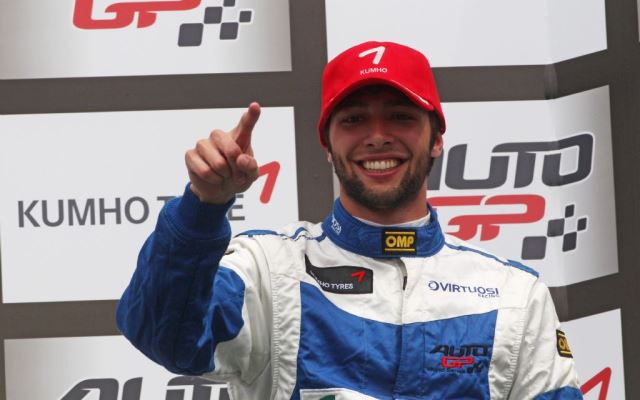 Italian driver Andrea Roda has joined the Formula Renault 3.5 grid for this weekend’s race in Monaco with the Comtec team.

Roda fills the British team’s second seat alongside?Nikolay Martsenko, who finished a surprise second at the previous round in Aragon. Comtec were one of three teams (along with Tech 1 and ISR) who had only fielded one car during the opening two events, so Roda’s addition is set to bring the grid up to 22 cars for Monaco.

24-year-old Roda is currently contesting his second season in Auto GP, and lies fifth in the standings. There he drives for the Virtuosi team, who last year forged a link with fellow Norfolk residents Comtec.

Roda tested the previous generation of FR3.5 car with Draco at the end of 2011, after competing in Italian F3. He went on to do a season in the F3 Euro Series in 2012 before moving on to Auto GP. At the most recent round at the Hungaroring he scored the second podium finish of his career, and his first since Italian Formula Renault in 2009.