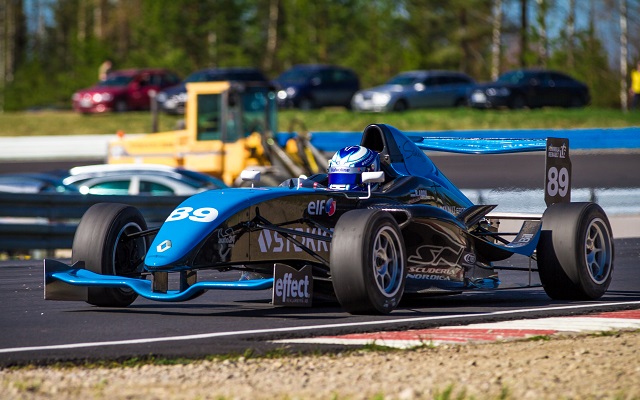 Aron got the jump on championship leader Joonas Lappalainen off the start to take the lead into turn one. He then held the Finn off over the next ten laps and took the checkered flag to secure a career-first victory.

Ilmari Korpivaara was seventh, while Robert Svensson prevailed in a race-long battle with Robin Fredriksson to take eighth.

Karl Ero rounded out the finishers as Oliver Soderstrom retired on the final lap while battling with Korpivaara.