written by Valentin Khorounzhiy 20 May 2014 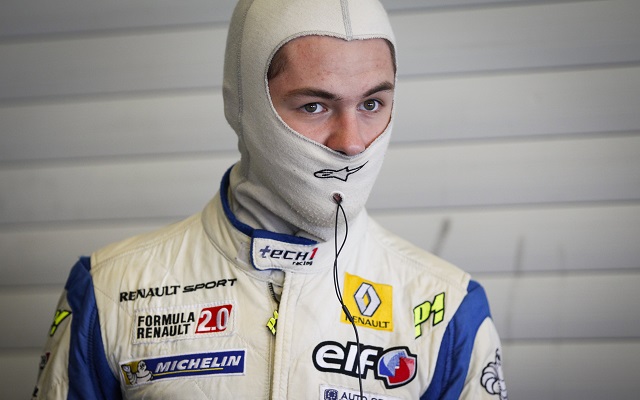 Formula Renault 2.0 frontrunner Egor Orudzhev will make his Formula 3 racing debut in the British F3 round at Silverstone, having reached a one-off agreement with series champions Carlin.

Orudzhev, 18, currently sits in fifth in the Eurocup Formula Renault 2.0 standings after taking a podium finish in the season opener.

The SMP-backed prospect made his single-seater debut in French F4 in 2012, finishing the season in tenth. He put himself on the map with a great debut season in the Eurocup in 2013, picking up a maiden podium and finishing as best rookie with teams’ champions Tech 1.

He raced in the Toyota Racing Series in the off-season of 2014, winning three times on his way to sixth in the standings.

“I?m really looking forward to my first experience of a Formula 3 car this weekend”, stated the Russian youngster. “I have heard good things about F3 and I?m excited to drive the car myself at Silverstone. It has been a good start to the season for me so far, so I?m hoping that I will be competitive, even though it is my first F3 event. The main aim though is just to learn as much as possible and experience a different car to the Formula Renault. Thanks to my sponsor and Carlin for giving me the opportunity to race at Silverstone, I think we have all we need to get the most out of the weekend.”

At Silverstone, Orudzhev will replace Alice Powell, taking Carlin’s second seat alongside team regular Peter Li Zhi Cong. The Russian won’t be the only high-profile guest making his British F3 debut during the round, as Fortec have previously confirmed the presence of German F3 champion Marvin Kirchhofer.

“We?re very pleased to welcome Egor to team this weekend, the latest young talent to come out of Russia”, said Trevor Carlin. “We really enjoy working with young drivers and taking them through their first experience in F3. Egor has an impressive record of racing in FR2.0 and I?m sure he will get the most out of this experience this weekend.”