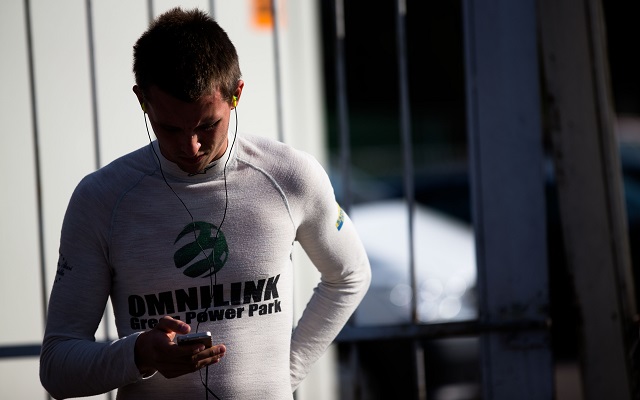 2012 German F3 champion Jimmy Eriksson will take the Team Sweden seat for the third round of the Formula Acceleration series at Nurburgring.

Eriksson, who sits in third in the GP3 standings after the opening round, will be the third driver to represent Performance-run Team Sweden in FA1, following in the footsteps of Felix Rosenqvist and Dennis Lind.

“I’m happy to have been given this opportunity, and it?s great to be representing Sweden,” stated Eriksson. “Racing in FA1 this weekend will give me some valuable experience in a full-scale, powerful single-seater, which is exactly what I need at this stage of my career.”

The 23-year-old became the German F3 champion in his third year of F3 racing, but wound up struggling in his subsequent GP3 campaign, managing no points in his rookie year with Status. A switch to Finnish team Koiranen for 2014 yielded an immediate maiden podium in the Catalunya opener.

“It also fits in well with my GP3 schedule, with another month until the next race in Austria,” added the Swede in regards to the FA1 opportunity. “I’ve never driven the FA1 car and I know that I?ve got plenty to learn, but that?s exactly the kind of challenge I’m looking forward to.”

Eriksson took a career-first Nurburgring podium during his title-winning season in German F3 but is yet to notch a victory at the track.

“Jimmy is doing a great job in GP3 at the moment, as demonstrated by his recent podium at Barcelona,” noted team manager Bobby Issazadhe. “He is one of Sweden’s main hopes for the future, and we?re obviously thrilled to be working with him in Germany this weekend.”