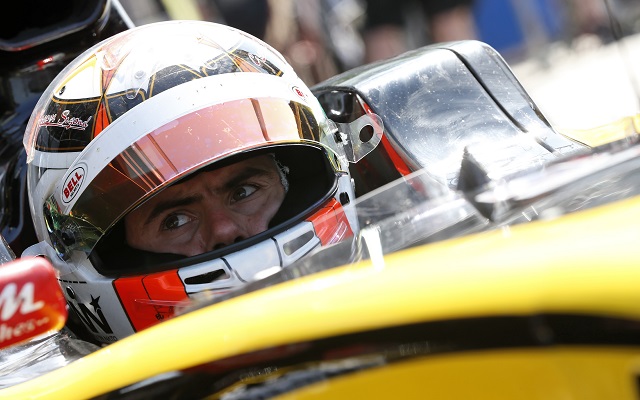 French driver Norman Nato led his teammate Carlos Sainz in the Thursday practice session ahead of the Formula Renault 3.5 race at Monte Carlo.

Nato was just four hundredths of a second ahead of the Spaniard in what was a DAMS-dominated practice run, as none of the other teams’ cars managed to crack 1:25s.

Sainz, who took sixth on his WSR debut at the track last year, led much of the session but found himself settling for second.

ISR’s sole racer Jazeman Jaafar took third with Monte having been the stage of his sole 3.5 podium thus far.

Sergey Sirotkin led Pietro Fantin by 0.004s in fourth, with Zoel Amberg close behind in sixth.

Oliver Rowland was the final driver to clock in within a second of Nato in seventh. The top ten was rounded out by Will Buller, Marco Sorensen and Matthieu Vaxiviere.

The session was not without incident as many drivers made their debut at the famously challenging track. Halfway through, Luca Ghiotto brought out the red flag at St. Devote, while there was yet another stoppage later on with five minutes to go.