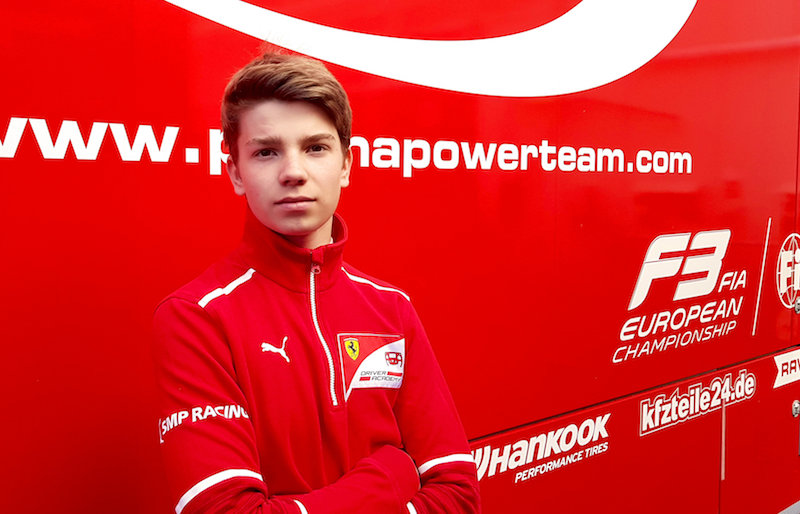 New Ferrari junior Robert Shwartzman will race for Prema in the Formula 3 European Championship next year.

The Russian joined the Ferrari Driver Academy in October, shortly before he sealed third place in the Formula Renault Eurocup standings, taking his fourth and fifth wins of the year in the final round at Barcelona.

He was previously a multiple race winner in the German and Italian Formula 4 series in 2015 before his two-year stint in Formula Renault.

?I?m looking forward to the 2018 season with Prema and the Ferrari Driver Academy,” said the 18-year-old, who continues to be backed by SMP Racing.

“The step to the FIA Formula 3 European Championship will be key for my career and I?m sure that we will be a highly competitive all-around combination.

“In addition, it will be a healthy environment to make further progress so I?m confident that we have all that it takes to perform and keep improving throughout the year.”

He joins fellow Ferrari protege Marcus Armstrong in joining the Prema line-up for next year, while Mick Schumacher is widely expected to stay on for a second season.

Both Guan Yu Zhou and Ralf Aron have also tested with the team.

?We are delighted to have Robert with us in 2018,” said team boss Rene Rosin.

“He impressed in testing and I think he has the right potential for a successful campaign.

“He is not only skilled, but also, despite his young age, remarkably experienced.

“He will be an extremely valuable resource for the team in the challenging 2018 season and we are sure that, with the help of the Ferrari Driver Academy, he will have the chance to make further steps forward.”