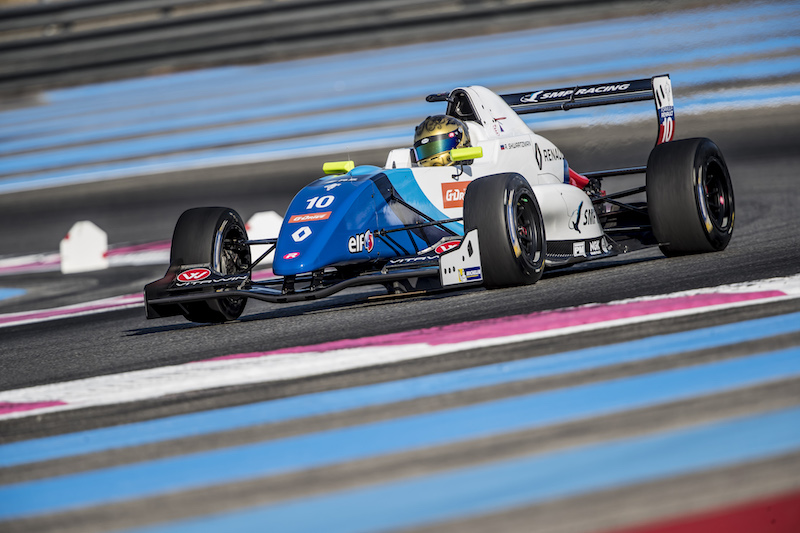 Robert Shwartzman bounced back from being stripped of victory in the opening Formula Renault Eurocup race at Paul Ricard by taking a lights-to-flag win in race two.

Starting on pole, Shwartzman kept the lead at the start over his rival Sacha Fenestraz and opened up a 2.3-second advantage over the course of the race.

Fenestraz, who led race one until last-lap contact from Shwartzman flipped him upside down, had to fend off late pressure from Max Defourny to finish second (driving a new tub) and leave Paul Ricard with a 20-point advantage over Shwartzman.

The Belgian, who eventually took the race one win after Shwartzman was penalised for the clash with Fenestraz, got past Gabriel Aubry on the opening lap, running wide over the run-off when he tried to go around the outside of Signes before completing the move through the Beausset turn that follows.

Aubry finished some 10 seconds behind Defourny, fending off Will Palmer, who remains two points behind Shwartzman as he was at the start of the weekend.

Palmer led compatriots Dan Ticktum and Max Fewtrell, with Richard Verschoor coming eighth after passes on Yifei Ye and Charles Milesi, who rounded out the top 10.