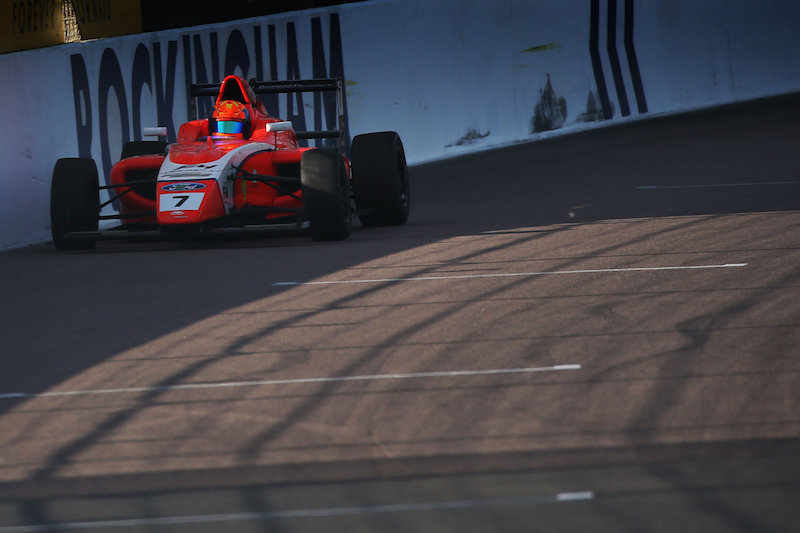 Pasma, who has been riddled with illness all weekend, started from reversed grid pole and held the lead until the penultimate lap of the race where Quinn pulled off a confident move that started at Yentwood and finished on the exit of Chapman Curve.

Quinn had hounded Pasma from the start, initially looking like he?d taken the lead when alongside Pasma through Turn 1, and had to look after his tyres in the heat while also trying to find a way past the incredibly defensive Pasma.

The leader?s defensive technique, including running Quinn under the white line through Turn 1, brought the drivers behind into play in the latter stages and this helped Logan Sargeant, third in the championship, to reclaim fourth from Oliver York on the penultimate lap.

Ayrton Simmons was third between Pasma and Sargeant, with Hampus Ericsson winning the Challenge Cup class in sixth, ahead of Olli Caldwell, Sam Smelt and Lucas Alecco Roy.

Oscar Piastri finished tenth, climbing from 15th to seventh on the first lap but then down to last after being shoved off at Tarzan by title rival Caroline on lap two.

That wasn?t Caroline?s only incident that lap, as an optimistic move by Sargeant on Quinn led to Caroline shunting into the back of his team-mate when the American put the brakes on.

Caroline eventually pitted and retired, while Piastri fought back and reduced his rival?s championship lead by a single point.

Race one winner Lundqvist retired due to damage sustained from first lap contact with York.