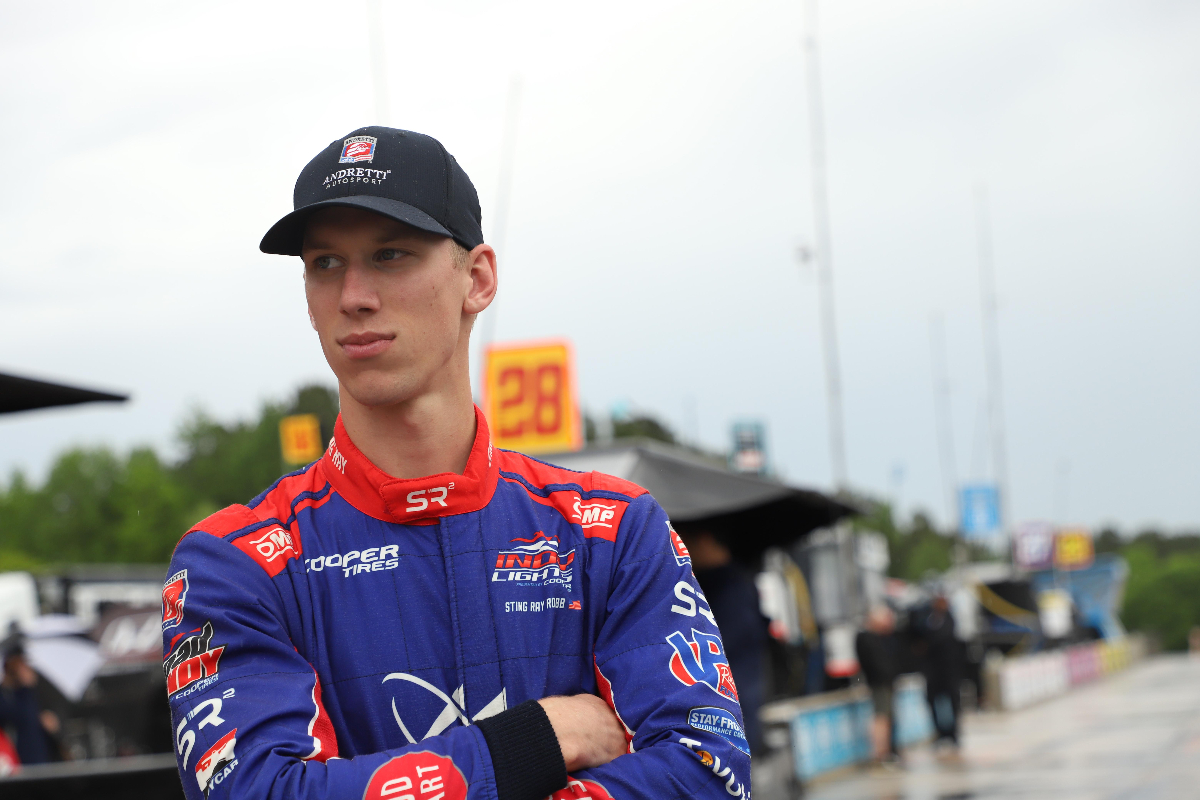 The Andretti driver jumped to the top of the order late on with a 1m23.217s lap. The time knocked early pacesetter Linus Lundqvist off the top spot.

Robb further lowered the benchmark, becoming the only driver to set a sub-1m23s lap during the session. He ended the morning with a best of 1m22.894s.

The result puts him in a good position as Indy Lights runs a new format this weekend. Qualifying will be split into two shortened sessions, which will set the grid for a sprint and a feature race around Detroit’s Belle Isle.

“Previously, drivers had to be within 1.5 seconds of the car in front of them and were limited to a minimum of 15 pushes for 15 seconds. Now, like the IndyCar series, there is no minimum gap, and there is a maximum use of 15 seconds at any time for a 50-horsepower boost. Drivers will begin with 150 seconds this weekend,” read a series press release.

Championship leader Lundqvist set the pace early on in practice. Robb and Lundqvist swapped places a number of times but Lundqvist gradually dropped down the order in the closing stages of the session.

Matthew Brabham and Hunter McElrea both jumped ahead of Lundqvist, ending up second and third fastest respectively. Brabham was just 0.106s off Robb’s time when the chequered flag fell.

Benjamin Pedersen was fifth, ahead of Christian Rasmussen and Danial Frost.

Ryan Phinny, on the second weekend of his single-seater return, was over four-and-a-half seconds off the pace.