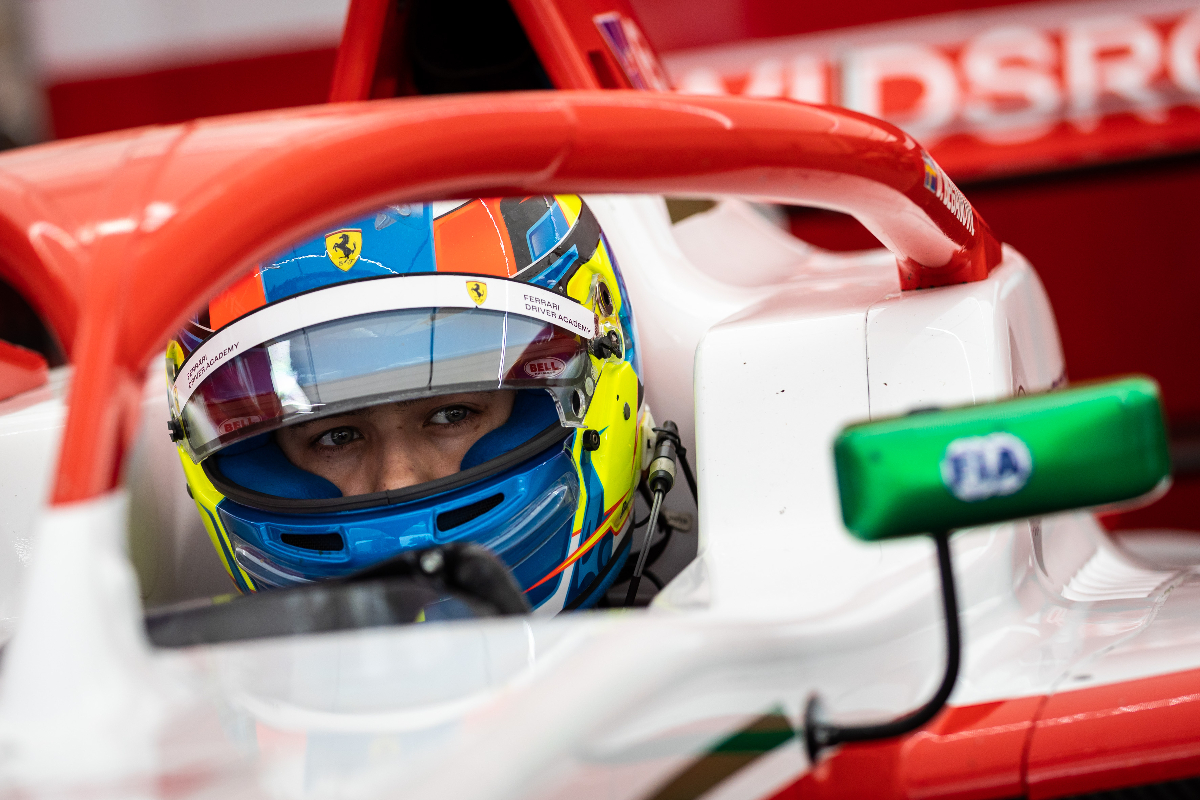 Qualifying was split into two groups, and in Group A a full course yellow was out six minutes in before any driver had set a representative laptime as Monolite Racing’s Maceo Capietto has stopped with mechanical issues at the exit of turn six.

Pietro Delli Guanti was the first driver to put a laptime on the board once the track was cleared. However, the Race Performance Motorsport driver was soon bettered by FREC’s usual frontrunners.

MP Motorsport’s Michael Belov momentarily went fastest before his benchmark was improved by ART Grand Prix’s Gabriele Mini, who would subsequently be bettered by Beganovic. Paul Aron slotted moved up into third as he closed his lap, putting Belov down to fourth.

There would still be time for one more attempt for Group A drivers. Beganovic set the best time, with his team-mate Aron in second just two thousands of a second off of the Swede’s benchmark. Mini was then third in group with his best time being just half-a-tenth slower than Beganovic’s, which would be the fastest of either group.

Behind them, Trident’s Tim Tramnitz put a last lap good enough to be fifth in group, which means he will start race one from ninth place as each group gets a side of the grid. His effort displaced Delli Guanti, who had kept that position for most of the session.

R-ace GP’s Lorenzo Fluxa was the first driver to lead the times in Group B ahead of team-mate Gabriel Bortoleto and Van Amersfoort Racing’s Kas Haverkort. The latter two improved in their second attempt to move ahead of the Spaniard, with Bortoleto setting the group’s fastest time but not beating Beganovic’s time, meaning he will start race one from second place.

ART GP’s Mari Boya was fourth in group, followed by title contender Hadrien David, who could only be fifth fastest and will start race one at home soil from 10th on the grid.