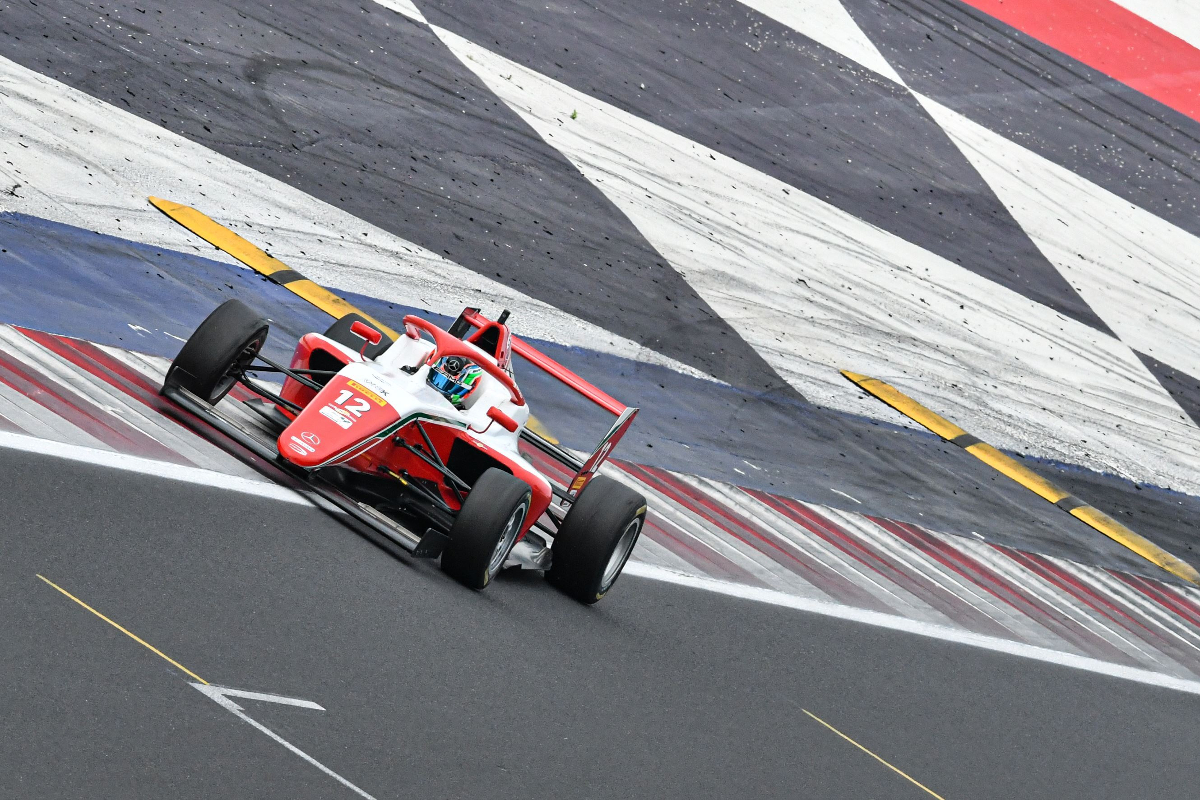 With the best second-fastest time to his name as well, the Mercedes-AMG junior will start all three races from pole position, with Ferrari junior Rafael Camara alongside him on the front row for each.

Antonelli was immediately on the pace in the first session, going to the top of the times on his fourth lap. He continued to dominate, lowering the best mark on three subsequent laps to finish with a time of 1m35.052s.

In fact, Antonelli’s speed was such, that any of his three fastest laps would have been good enough to take pole position.

Prema team-mates Camara and James Wharton slotted into second and third places, with US Racing’s championship leader Alex Dunne the fastest non-Prema runner in fourth, 0.47 seconds down on the pole-setting lap.

Antonelli was again immediately to the fore in Q2, breaking the 1m35s mark on his fourth tour, before a red flag for an incident involving Alex Partyshev brought running to a halt.

Camara was again second, 0.441s down on Antonelli, with Wurz completing the top three.

When qualifying resumed with just under five minutes on the clock but there were few improvements, although Wharton did manage to jump to fourth to complete a Prema 1-2-3-4.

Antonelli’s dominance was even more complete in Q2, setting three times below 1m35s, the only driver to break that mark at all. Amazingly, each of his four flying laps was faster than Camara’s overall best.

Dunne qualified fifth ahead of Prema’s Conrad Laursen and Amand.

Iron Lynx’s Maya Weug continued her strong form from the previous round at Imola to go ninth and eighth fastest in the two sessions. Imola race winner Kacper Sztuka also managed to get into the top ten in each session for US.

There are four debutants on the grid this weekend, and the fastest was Jenzer Motorport’s Valentin Kluss who was 24th fastest in Q1.