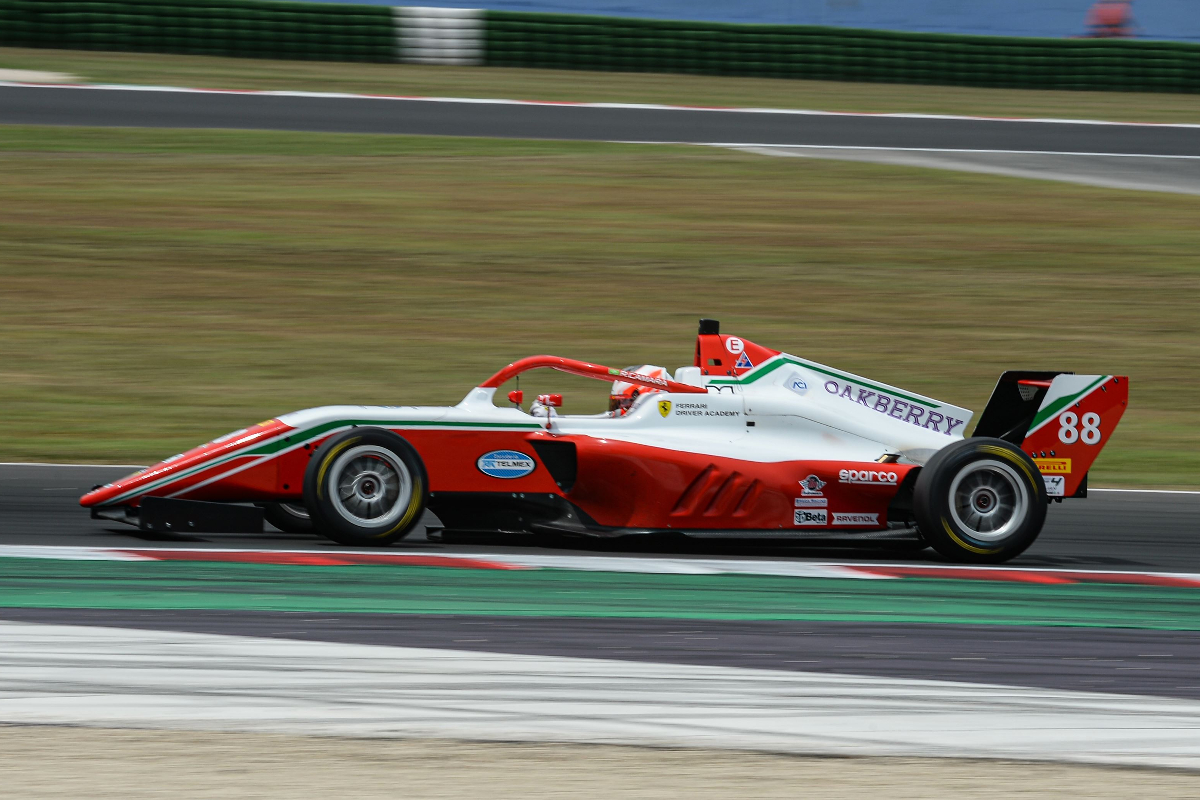 The competitive order was remarkably similar to the pre-event test the day before, and there was 0.460 seconds covering the lead quartet of drivers while AS Motorsport’s Manuel Quondamcarlo was slowest and 4.117s off the pace.

Andrea Kimi Antonelli was fastest in FP1 on Friday morning, although points leader Alex Dunne initially set the pace. The US Racing driver’s eaely 1m36.434s benchmark was lowered by himself several times to maintain first place all the way into the final 10 minutes of the session, with team-mate Marcus Amand eventually usurpring him with just over six minutes to go by setting a 1m35.960s lap that put him 0.011s ahead.

It was a US 1-2-3 at this point as Kacper Sztuka held third place, with Charlie Wurz the top Prema driver in fourth and 0.193s back. The order changed somewhat though in the final minutes, as Prema’s Antonelli went fastest by 0.202s and Camara rose to fourth place. Conrad Laursen, another of Prema’s drivers, was seventh quickest and 0.396s back.

Absent from the session was Niko Lacorte, in the Cetilar Racing-branded Iron Lynx-run entry, and AS Motorsport’s Manuel Quondamcarlo, both making their series debuts this weekend.

They appeared in FP2 in the afternoon however, where Antonelli quickly got up to a similar pace he had set in the morning in an early Prema 1-2-3-4.

He set a new benchmark of 1m35.657s, which was then lowered further later on as Camara went to the top with a 1m35.258s lap. Antonelli improved, going 0.189s slower than his team-mate, and Wurz and James Wharton were four tenths back in third and fourth.

Sztuka and Dunne denied Prema a top-five lockout by shuffling Laursen down to seventh ahead of PHM Racing’s Nikita Bedrin and Amand, who couldn’t match his FP1 time. Also slower in the second session were Jenzer Motorsport debutant Valentin Kluss and PHM Racing’s Victoria Blokhina.