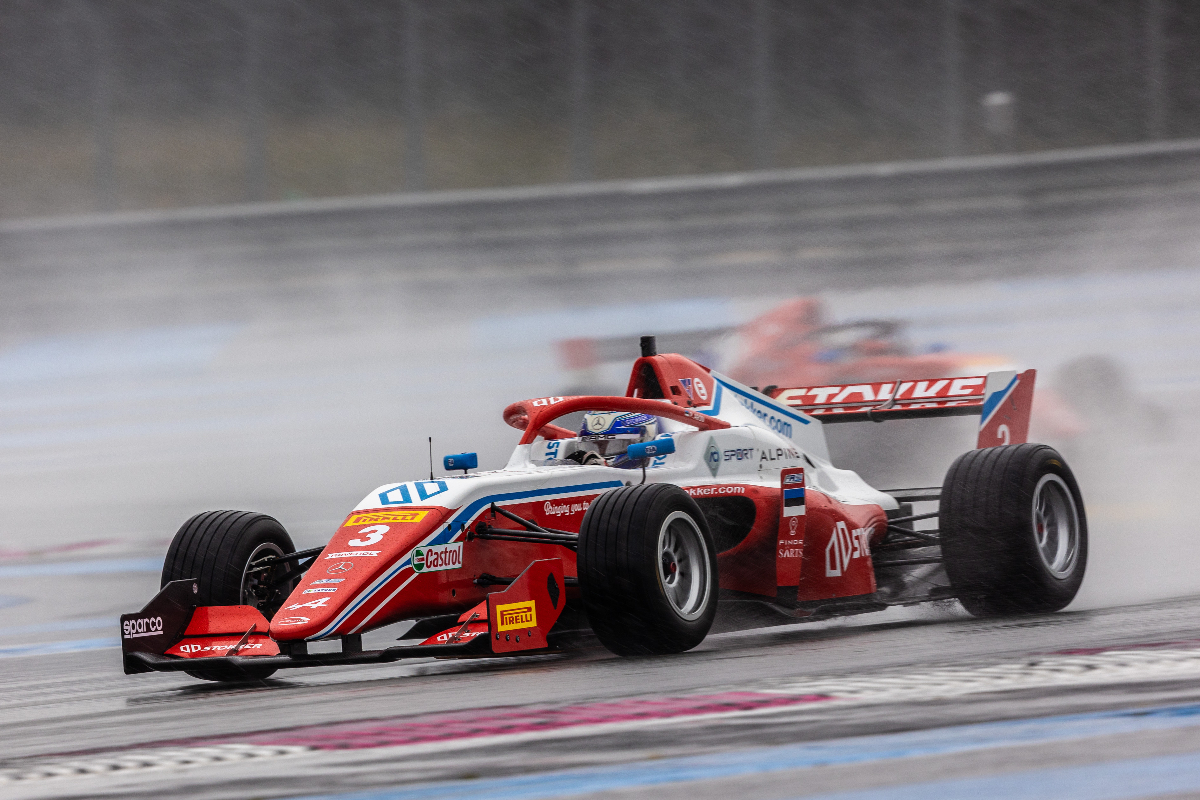 Prema’s Paul Aron headed both Formula Regional Europe free practice sessions on Friday, one in the wet and one in the dry.

The wet morning session started with ART Grand Prix’s Mari Boya, Gabriele Mini and Laurens van Hoepen setting the early pace, half a minute off the dry pace from 2021.

R-ace GP’s Lorenzo Fluxa brought out the first red flag of the day with most of the field having just three or four laps on the board. The session restarted with 34 minutes remaining although track conditions meant that nobody was able initially to approach Boya’s pre-stoppage time of 2m23.588s.

Championship leader Dino Beganovic moved up to second with a laptime over 1.3s adrift of Boya’s mark, with Pietro Delli Guanti also splitting the ART GP runners, 0.14s behind the Ferrari junior.

Green and purple sector times began to appear in the final 10 minutes with Van Amersfoort Racing’s Levente Revesz and the Arden duo of Noel Leon and Dudu Barrichello taking turns in the top five.

In the final five minutes Prema’s drivers moved to the front. Beganovic went top with a 2m22.732s, with rookie team-mate Sebastian Montoya jumping to second, before both were eclipsed by Aron and a 2m22.562s lap.

However, surprise frontrunner Revesz was able to improve his time as one of the last to take the chequered flag to split the Prema pair with a 2m22.604s.

Multiple laptime were deleted for track limits infringements, with Boya, Beganovic, Michael Belov, Mini and Delli Guanti among those to be penalised.

The drier conditions of FP2 in the afternoon meant the pace was considerably quicker, with Mini the first driver to lap sub-2m00s.

Fluxa and Nicolas Baptiste were among those who had laptimes deleted for track limits violations, while Revesz – second fastest in FP1 – was only 30th in FP2. However Mini and David were third and fifth fastest this time.