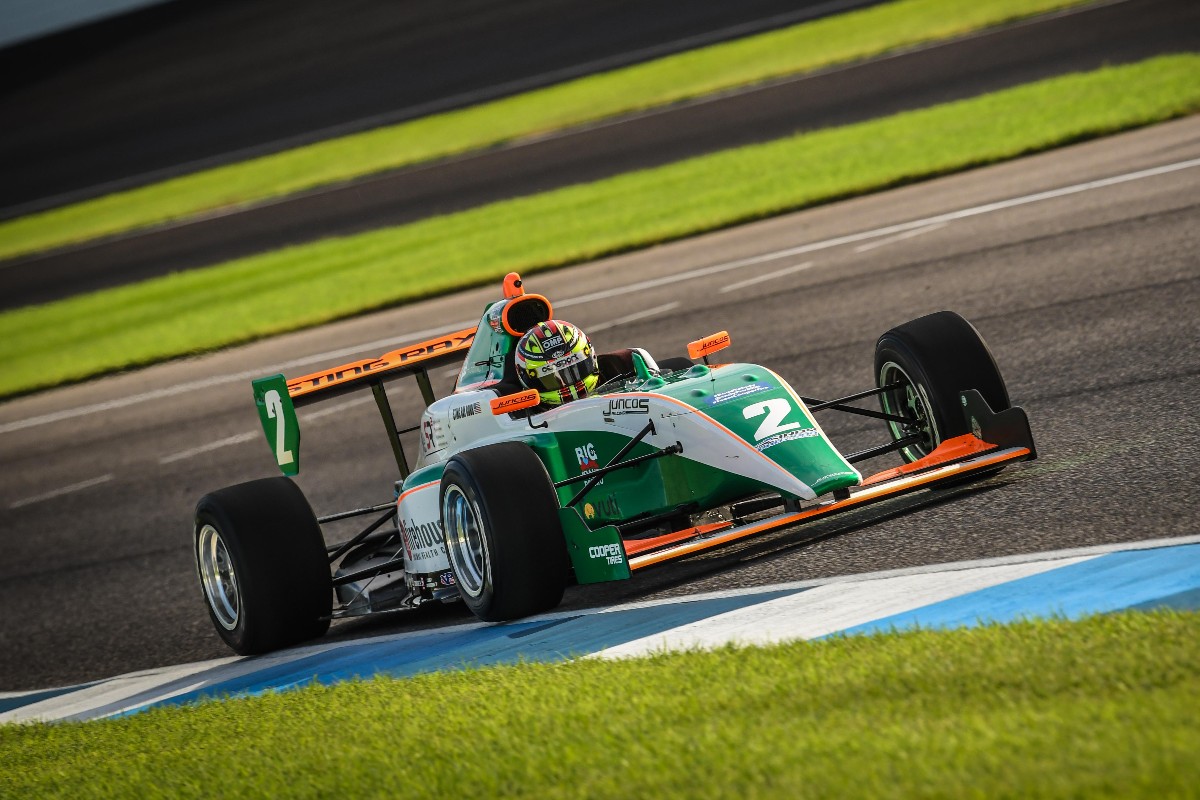 Sting Ray Robb dominated Indy Pro 2000’s second race on the Indianapolis Motor Speedway road course, giving the Juncos Racing driver a chance of a clean sweep of the round.

After getting pole for the race, Robb led out of the first corner on lap one of 20 from Andretti’s Devlin DeFrancesco and created an early  gap.

Robb never had any concrete pressure from DeFrancesco, who had moved up from fourth spot at the start, during the race. He took the chequered flag with a 1.982-second gap to DeFrancesco, who holds on to the points lead.

Robb’s team-mate Artem Petrov completed the podium in third, having started the race on the front row.

DEForce Racing’s Parker Thompson rose up two positions at the start to fourth at the beginning of the race. He had a moment on lap 13 that he was able to save without losing fourth place.

While his team-mate Moises de la Vara put in a good drive to move up from 11th to seventh at the chequered flag, both Kory Enders and Manuel Sulaiman didn’t finish the race.

Jacob Loomnis moved up a spot to eighth on the opening lap before dropping back down. The BN Racing driver did manage to move up the field to take back eighth place during the middle part of the race.

After a hard crash in the opening race of the weekend, Brandon Eves gave an update before the race on Twitter that he has sustained a couple fractured vertebrae in his neck and above his right eye that will put him out of action for the forseeable future.