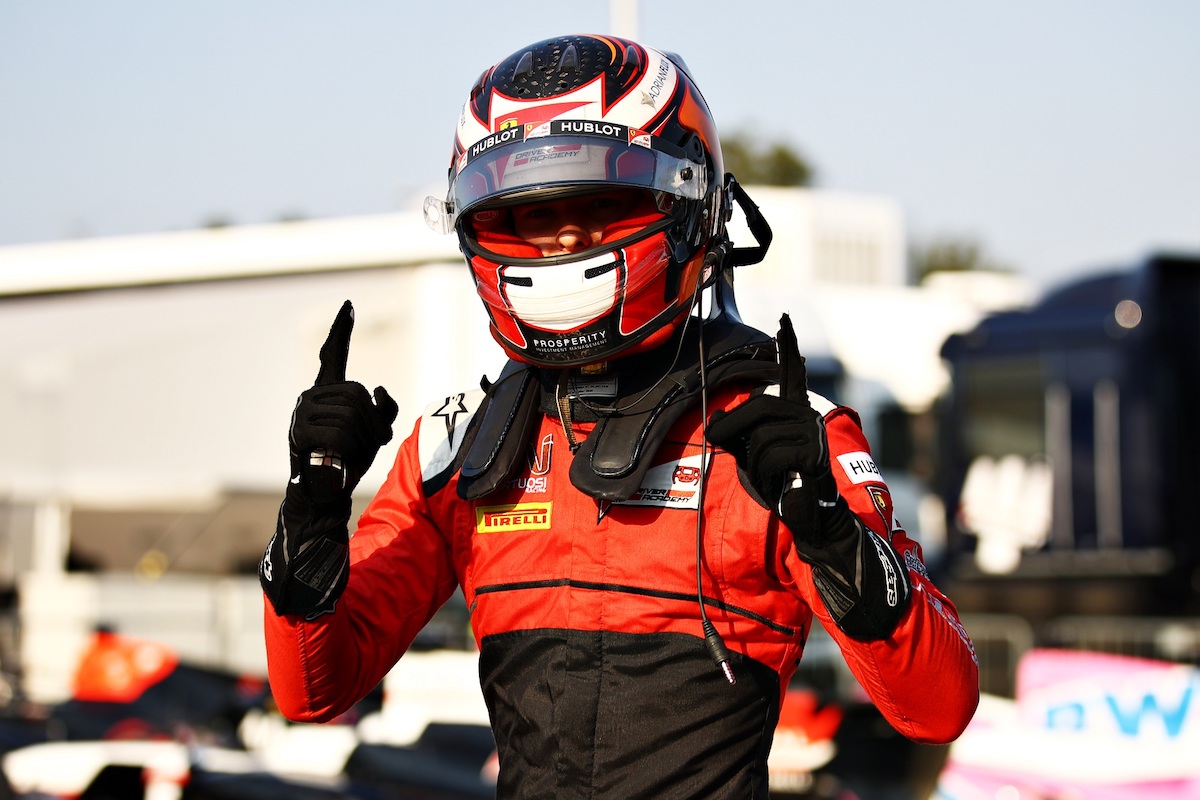 The British driver managed to find a brilliant tow to usurp Carlin driver Tsunoda to take pole at the Italian circuit for a second year in a row.

Many drivers were set to respond to Ilott’s pace on their final runs, before Shwartzman’s Prema team-mate Mick Schumacher crashed at Ascari and caused the session to come to a premature end.

This left his title-leading team-mate out of position and a lowly 16th on the grid for tomorrow’s feature race.

But the soft compound tyres were holding together for more than one run, allowing Schumacher to usurp the Renault junior by 0.019s.

While no drivers opted to run in the gap after, the track temperature lowered to a more optimal window for qualifying laps.

That allowed a host of drivers to leapfrog Schumacher when he failed to improve on his first lap back on track, and it was fellow Ferrari junior Ilott and Red Bull Honda-backed Tsunoda who put themselves on the front row.

Home-hero Luca Ghiotto will start third for Hitech GP after surviving some drama at the Rettifilo on his opening run, and he just outqualified Lundgaard.

Roy Nissany was a shock fifth for Trident for his best-ever F2 qualifying result. Ghiotto’s team-mate Nikita Mazepin recovered to sixth at the session’s truncated climax – demoting Schumacher to seventh in the process.

Jehan Daruvala was a solid eighth in the second Carlin-run car, edging Charouz Racing System’s Louis Deletraz and DAMS’ Dan Ticktum at the tail-end of the top ten.

Juri Vips’ first true qualifying session with DAM ended in 11th place, within half a second of pole position.

Martins adds another pole to his Eurocup tally at Nurburgring