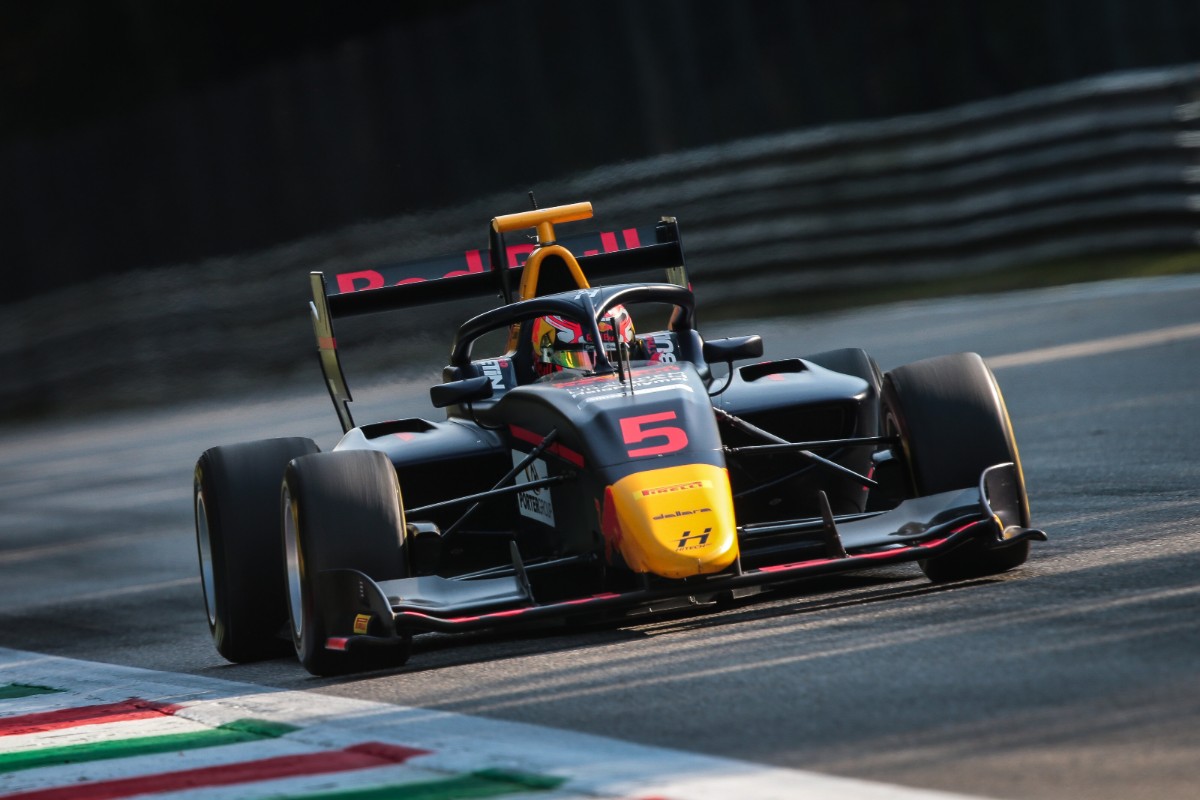 Liam Lawson will start the first FIA Formula 3 Championship race at Monza from pole position, after nine drivers were penalised after qualifying due to driving unnecessarily slowly.

This was reminiscent of last year’s qualifying at the circuit, where there was also penalties issued out and on-track running was shortened due to the danger being caused by drivers slowing so as to catch a tow from rivals.

Lawson had qualified fourth, and was the cause of a red flag when we set out on track with a cooling device still attached to his car. It removed itself while he was on the move, at which point it became a dangerous piece of debris.

The three drivers who qualified ahead of Lawson – Théo Pourchaire, Lirim Zendeli and Alexander Smolyar – were all handed five-place grid drops as a result of slowing excessively at Curva Parabolica, as was David Beckmann, Sebastian Fernandez, Olli Caldwell and Pierre-Louis Chovet further down the order.

Smolyar was handed a second penalty for driving excessively slowly on the run to the first chicane, dropping him back a further three places, while Zendeli will be docked 10 spots in total after he impeded Lawson in the session.

While Lawson jumps from fourth to first, Jenzer Motorsport rookie Matteo Nannini moved up from seventh to the front row, with Hughes and the second Jenzer car of Calan Williams now filling row two.

Championship leader Logan Sargeant has climbed from 10th to fifth on the grid, alongside the penalised Pourchaire. Title contender Piastri is now down in 15th.

Pourchaire commented on the session prior to the penalties being awarded: “It was really difficult and as Trident and Hitech, ART was quite towards the front, so this helped a lot for sure. Then there is some investigation on me for impeding some cars.