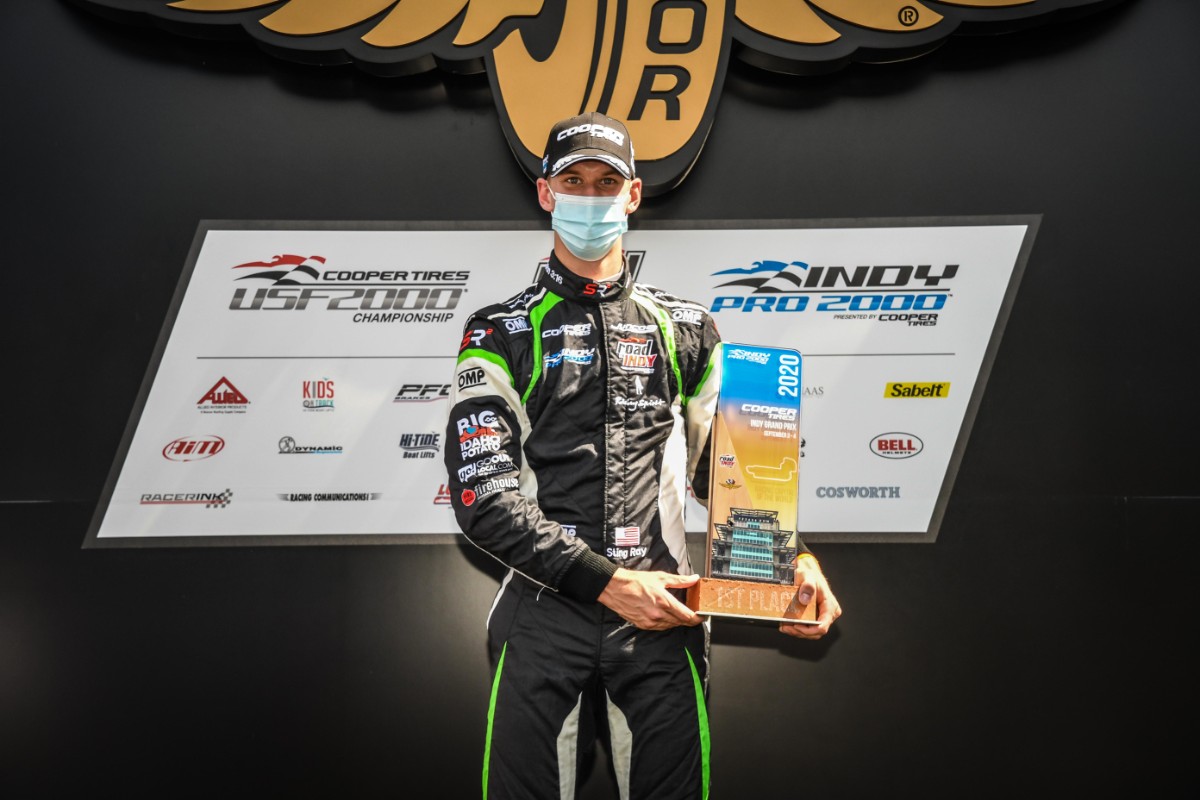 Sting Ray Robb completed a clean sweep of wins at the Indianapolis round of the Indy Pro 2000 season.

Like in race two, Robb started from first position and didn’t relinquish the position during the 25-lap race.

The Juncos Racing driver finished the race with a 2.846-second gap to Pabst Racing’s Hunter McElrea, who started alongside Robb on the front row of the grid.

The impressive weekend from Robb puts him into the IP2000 championship lead over rival Devlin DeFrancesco, who was only able to finish eighth in race three having started in third place.

Instead it was Artem Petrov who finished in third position for the second time in a row to complete the podium.

Petrov had a sizable gap of 6.217s to fourth place Manuel Silauman, who had risen from the back of the grid during the race, at the chequered flag.

De la Vara was able to hold off Jacob Loomis and DeFrancesco, who led the championship going into the race.