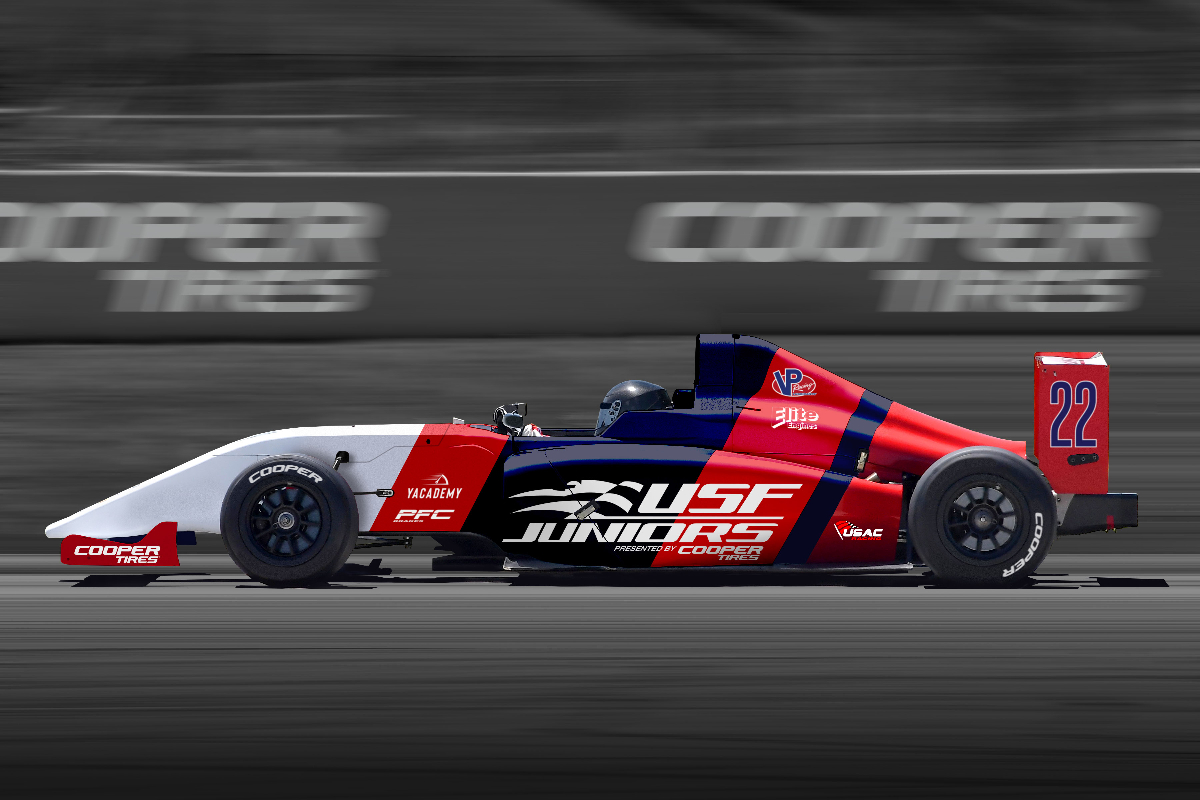 Andersen Promotions has followed the announcement that it has relinquished control of the Road to Indy’s top rung, Indy Lights, by launching a new Formula 4 series as the bottom rung.

USF Juniors will use the same Ligier-branded Crawford F4-16 car that seven other United States-based series are set to use in 2022, including the recently announced Formula Development set up by the company behind the FIA-endorsed US F4 series.

One of those other championships is YACademy Winter Series, which USF Juniors has effectively tied up with. YACademy’s frontman Gustavo Yacaman will be series manager for the Road to Indy’s new venture.

“There are numerous routes into the Road to Indy, but it has become apparent that one additional entry level step was needed,” said Dan Andersen, owner of Andersen Promotions.

“Our current first step – the USF2000 championship – has become extremely more competitive from a global scale of driving talent than what used to be considered as entry level.

“Our goal with USF Juniors is to provide a true entry level series that is professionally managed where drivers, teams and parents can focus on training and racing via shorter, more economical events, while also lowering the spotlight on young drivers that often occurs on IndyCar race weekends.

“Our entry-level drivers will learn the skills needed for them to move onto the Road to Indy, with less pressure. The new series will be choreographed with our current programs and tremendous partnership with Cooper Tires. The feedback I have received from team owners has been nothing but positive.”

Yacaman’s series is now being marketed as a pre-season contest for drivers in USF2000 (which will still be called the official bottom rung of the Road to Indy) and Indy Pro 2000 rather than for drivers in US F4, and will likely feature many of the same teams that USF Juniors and USF2000 attracts.

The inaugural USF Juniors season will consist of six rounds, most of which will be triple-headers meaning the 2022 calendar will be 16 to 18 races long. Depending on the scale of the calendar, it may become the USA’s third national F4 championship.

USAC will sanction the series, and Road to Indy’s tyre partner Cooper Tires will develop a specific compound to be used on all triple-header rounds. A $120,000 to $150,000 budget range has been set, with a $200,000 scholarship for the champion to progress to USF2000.

As with the other new F4 series in the USA, drivers as young as 14 will be able to compete, meaning no FIA super licence points will be awarded.

The Road to Indy’s current race directors Johnny Unser and Joel Miller will look after race control for USF Juniors, while 2014 Indy Lights champion Gabby Chaves has been hired as the official series driver coach. Indy Lights will now be an IndyCar-sanctioned series as of 2022, with USF Juniors taking its place in Andersen Promotions’ operations.

Aside from the already mentioned championships, there are two regional F4 series, F4 Western (and its winter series) and F4 Eastern, as well as an F4 class in the long-lived Atlantics championship.