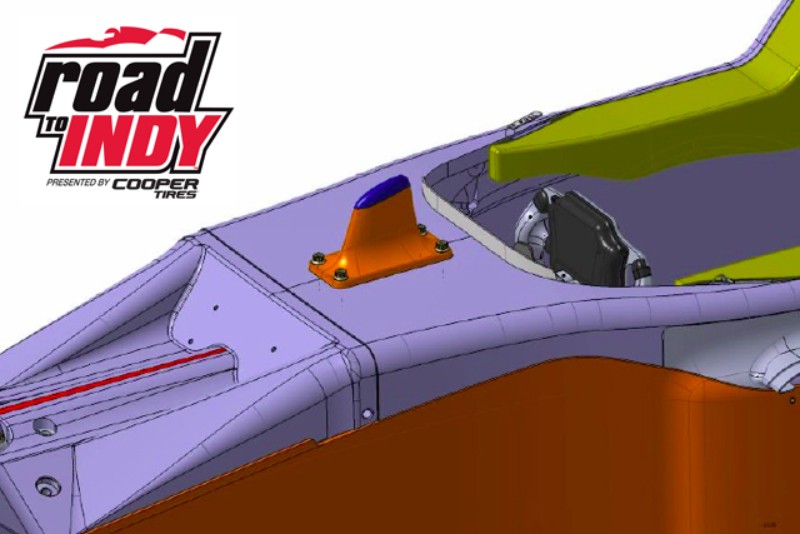 All three Road to Indy championships will introduce a cockpit protection device next year, similar to the one introduced this season in IndyCar.

The Cockpit Frontal Protection (CFP) fin sits centrally in front of the cockpit, and is designed to deflect debris away from the driver in the car.

It will be added to the existing chassis used in Indy Lights, Indy Pro 2000 and USF2000, all three of which will remain racing until at least 2022.

“This is expected to be the initial phase of cockpit safety updates,” said Roady to Indy promoter Dan Andersen.

“We are closely following the evolution of the IndyCar aeroscreen, which is expected to drive the direction for the future. Safety is the highest priority and we appreciate both Dallara and Tatuus’ willingness to help us advance in this area.”

Dallara’s IL15 car is used in Indy Lights, while a modified Tatuus design that originated from the former BRDC British Formula 4 car is shared by IP2000 and USF200 with different modifications.

Teams in the lower two championship can upgrade or downgrade their cars depending on which series they intend to compete in.

New Indy Lights champion Oliver Askew has already secured a full-time move to IndyCar with McLaren Schmidt Peterson for next year, while his title rival Rinus VeeKay is yet to find a seat and has recently tested again in Indy Lights.

Kyle Kirkwood, the 2019 IP2000 champion, is also yet to test in Indy Lights after missing the post-season Chris Griffis Test at Indianapolis Motor Speedway.

What if the Motorsport Games had taken place 50 years ago?