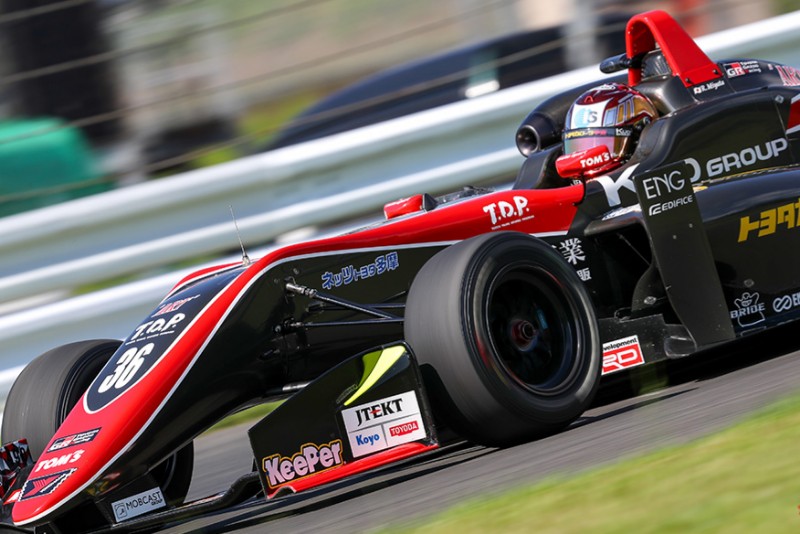 Championship returnee Miyata started race one from pole, and looked comfortable until a second lap mistake where he went wide allowed Fenestraz to get alongside. TOM’S driver Miyata was able to keep the position, before starting to create a gap.

It was a similar story in the final race of the weekend. Miyata had another good start and was able to build a 1.4s gap by the end of the second lap, eventually taking the chequered flag with a 4.824s gap to B-MAX Racing with Motopark’s Fenestraz.

While Fenestraz didn’t win at Sugo, by finishing second in all three races he ensured he could still win the title at Twin Ring Motegi next month. In race two he qualified third, but was able to quickly move up to second after Miyata had a slow start.

His team-mate Enaam Ahmed took his second Japanese F3 victory of the year – his first on track – after winning from pole position without much trouble from behind. The result has boosted Ahmed into third in the standings ahead of Toshiki Oyu, who was only able to finish as high as sixth this weekend.

Miyata’s TOM’S team-mate Kazuto Kotaka enjoyed two podium finishes in race one and three, as well as a fourth-place finish.

Harrison Newey (B-MAX Racing with Motopark) and Esteban Muth (Okayama Team) both made their Japanese F3 debuts this weekend. Newey, in particular, put in a good performance throughout the weekend and was able to finish in the points in all three races.