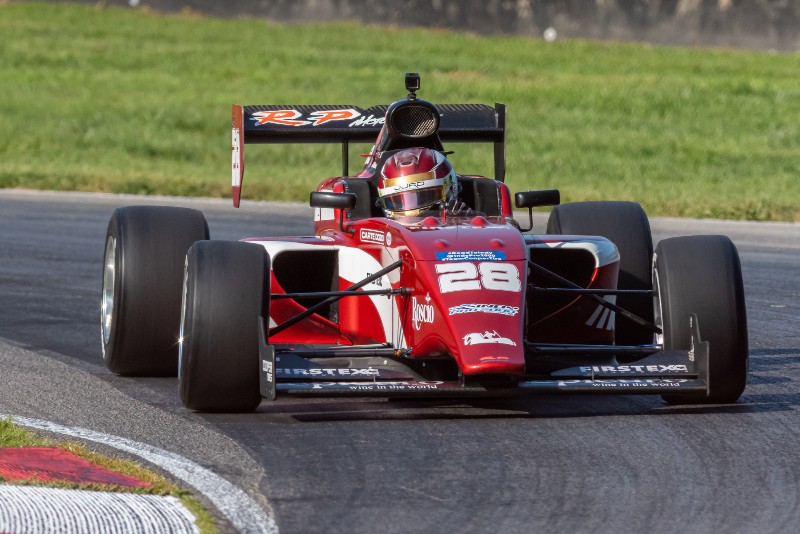 Kyle Kirkwood continued his reputation of being a Mid-Ohio specialist by winning both Indy Pro 2000 races at the circuit last weekend.

The 20-year-old has already picked up wins at the circuit in Formula 4, Formula 3 and USF2000, and on his first IP2000 visit he took both wins, poles and fastest laps.

Race one took two attempts to start, but when it did Kirkwood was immediately in the clear, and had RP Motorsport team-mate Ian Rodriguez quickly applying pressure on championship leader Rasmus Lindh as he pulled away up front.

Kirkwood’s title ambitions were helped further when his other rivals Parker Thompson and Danial Frost crashed into each other down the main straight, although Kirkwood’s lead was then cut by an appearance of the pace car. He handled the restart with ease though, while Lindh held off Rodriguez to the chequered flag.

In race two there was a similarly confusing start, with Peter Dempsey-ran Antoine Comeau crashing before the green flag. Frost, second on the grid, was also found to have failed in keeping a constant speed and was sent to the back for the real start.

This time Kirkwood did have a chaser on track in Abel Motorsports’ Thompson, but he then got caught out after a caution period and dropped to fourth behind Juncos pairing Sting Ray Robb and Lindh. Frost recovered to finish sixth, and is now the rank outsider in the title race on 225 points. Lindh is 59 ahead.