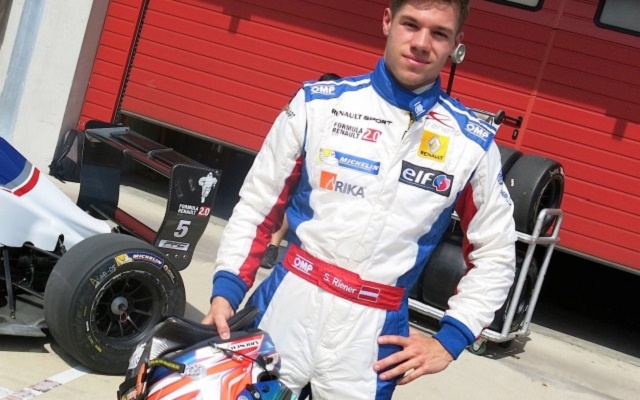 Riener led much of the first session but was passed by Hubert in the closing minutes, only to retake the spot from the Frenchman.

Jack Aitken and Philip Hamprecht, both also racing for Koiranen, were some way off in third and fourth, with Vasily Romanov taking fifth.

A late flyer from Hubert in the afternoon session allowed him to clear Tech 1 teammate Romanov and top the session.

Aitken was third again, with Ferrer in fourth just hundredths ahead of Fortec drivers Ben Barnicoat and Kodric.

A puncture resigned Hughes to seventh, with Amaury Richard, Matevos Isaakyan and Hamprecht rounding out the top ten.

Deletraz quickest in both NEC Friday sessions at Monza