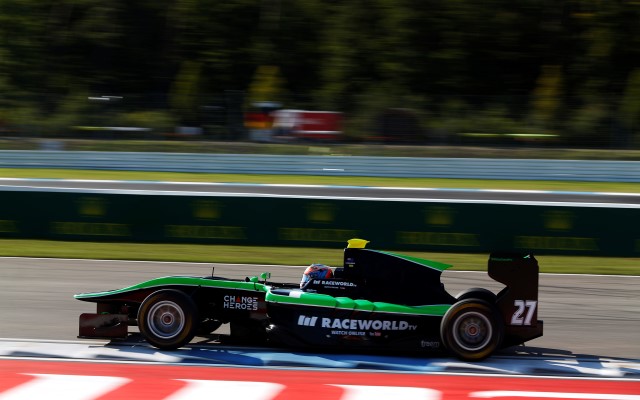 Richie Stanaway continued where he left off at Silverstone as he set the pace in GP3 practice at Hockenheim.

Stanaway, who won the second race in Britain a fortnight ago, finished the session two tenths of a second clear of the field.

Home star Marvin Kirchhofer was second, joining Stanaway in capitalising on circuit knowledge to make a quick start to the weekend. Stanaway and Kirchhofer both won back-to-back titles in ADAC Formel Masters and F3 in Germany, in 2010-11 and 2012-13 respectively.

The top pair’s team-mates were third and fourth respectively, with Nick Yelloly for Status ahead of ART’s Dino Zamparelli.

Jimmy Eriksson, who sits second in the standings eight points behind Lynn, was 22nd, 1.5 seconds off the pace. The Swede is another with strong Hockenheim experience having won the German F3 title between Stanaway and Kirchhofer in 2012, but starts this weekend with a five-place grid penalty for race one for his part in a collision at Silverstone.