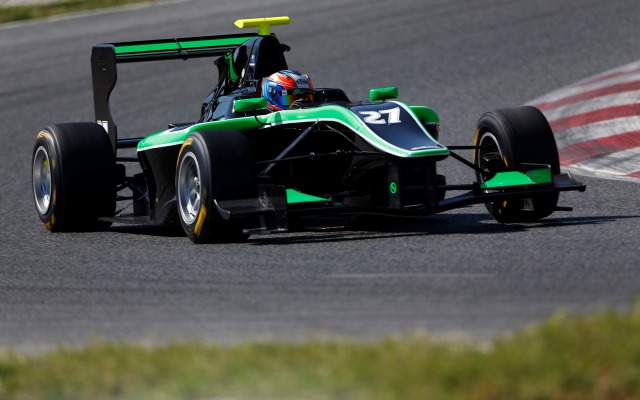 Richie Stanaway set the pace in his first race weekend session in a single-seater for 23 months in GP3 practice ahead of the season opener at Barcelona.

The New Zealander, returning to single-seaters after suffering a back injury in a Formula Renault 3.5 race at Spa in June 2012, moved into top spot with about five minutes remaining.

Marvin Kirchhofer had led the way for much of the session ahead of fellow rookie Santiago Urrutia before quicker laps late on from Stanaway, Roman de Beer and Luis Sa Silva.

Beitske Visser was 20th in her first ever drive in a GP3 car, 1.5 seconds off the pace. She stopped on track at the end of a difficult session for debutants Hilmer Motorsport. Of their other drivers, Nelson Mason went off into the gravel early on and Ivan Taranov caused a red flag with a spin, but was able to get going again.

Gunther leads the way in free practice at Zandvoort