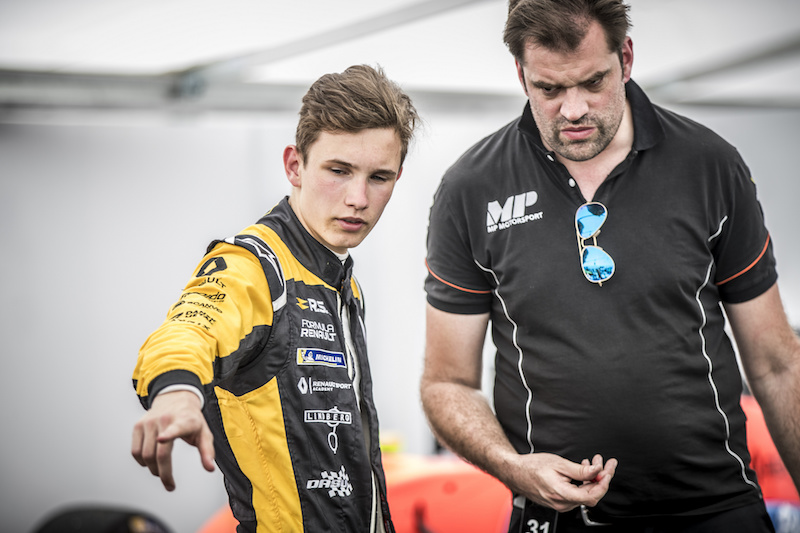 Lundgaard will drive for his usual Formula Renault team, MP Motorsport, in place of Will Palmer.

The 16-year-old Dane has starred in the Formula Renault Eurocup so far this year, ?sitting second in the standings in his rookie campaign after a?a race win at Monza.

“It?s a very big opportunity for me to be competing in the GP3 Series,” said Lundgaard, who won both the Spanish and Northern European Zone Formula 4 titles with MP Motorsport in 2017.

“It?ll be a whole new experience for me, especially driving a car with a lot more horsepower and downforce to what I?m used to.

“I?ll be out there aiming to get the best results possible and trying to learn as much as I can in a short space of time.

“I know the circuit quite well from racing in the Formula Renault Eurocup there this year, so I can take that as a small advantage. A big thank you to everyone who has made this happen, I?ll be giving it my best.”

Last year’s Formula Renault Eurocup runner-up Palmer joined Dorian Boccolacci and Niko Kari in the MP line-up for the opening round at Barcelona last month after appearing in the final pre-season test.

He trailed home 18th and last in the first race, before coming 13th in race two.

Palmer told Autosport afterwards that he had been expecting to spend the 2018 season on the sidelines before the MP drive came up, due to a shortage of “great opportunities”.