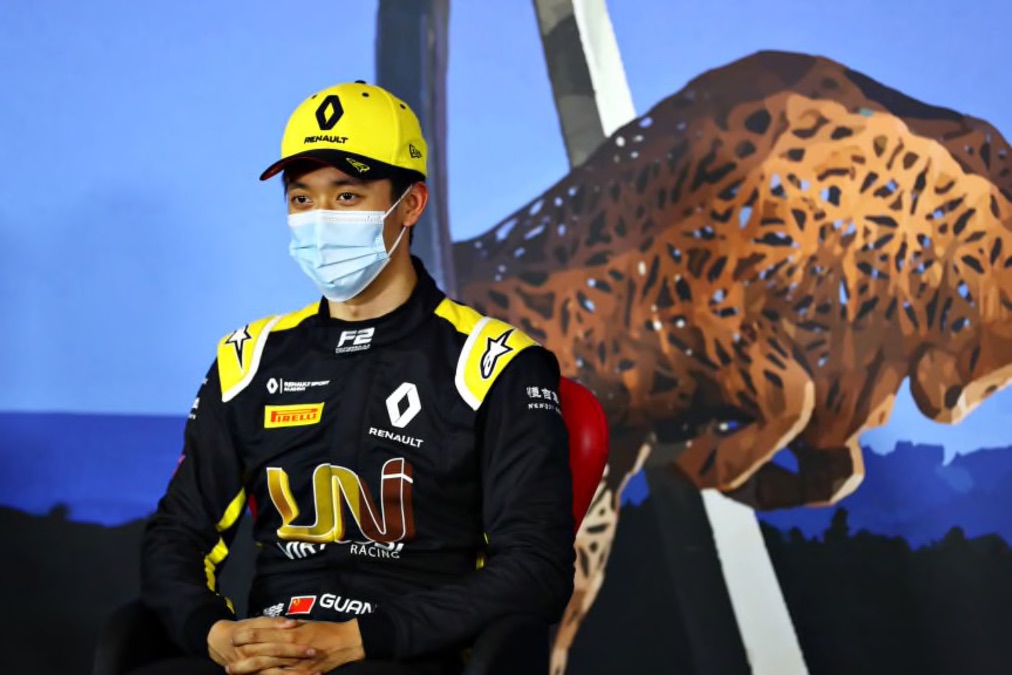 Renault Formula 1 test driver Guanyu Zhou has revealed that the team informed him of Fernando Alonso’s 2021 comeback in advance to explain its future plans.

Alonso, who took back-to-back world championship titles with the Enstone-based team in 2005 and 2006, was revealed to be making an F1 comeback as a Renault driver last week ahead of the Styrian Grand Prix.

Renault’s leading juniors Zhou and fellow Formula 2 driver Christian Lundgaard were linked to the team’s vacant seat alongside Esteban Ocon, but were overlooked to sign Alonso.

Neither currently holds an FIA superlicence required to race in F1, but could do so by the end of 2020 given many of their race programmes have only started in the last fortnight.

Renault’s move attracted some criticism, not least on social media, and means its young driver programme is yet to guide a driver into F1 since its return in 2016.

“Obviously we had a good chat before the announcement,” said Zhou when asked about Alonso’s signing after he finished second in the F2 feature race on Saturday.

“Obviously for myself the key this season is getting the superlicence points. That would be the most important thing.”

“So, if I can achieve that – I’m now working as hard as ever trying to reach that – obviously when I reach that I think there will be quite a lot of opportunities for me.”

Zhou also explained that Alonso may have an active role in Renault before his race return, but the 21-year-old is still expecting to have his own F1-related work to do through 2020 and beyond.

“It’s nice to see Alonso to be back, helping the team to develop their cars. But at the same time I think I’ll be doing quite a lot of F1 testing as well and just to be ready for a seat once everything comes together.”

Lundgaard – who is now third in the F2 standings after winning Sunday’s sprint race at the Red Bull Ring – said he did not expect to be considered for the F1 drive for 2021.

“Because of the crisis we’ve got around the world, I wasn’t really expecting to even have a chance for next year, to be honest,” he said.

“Because I knew that I didn’t have the superlicence, and I knew the team that is not going to wait until say after Monza to decide – because I need to be sure to be in the top four to have a superlicence.

“Considering that, I mean obviously Fernando coming back, I haven’t really got much detail on if it’s a one or two or more year contract, but for me it’s always just to focus on my own job. And then see what the future brings after that.”

Analysing the start of F1’s support seasons in Austria