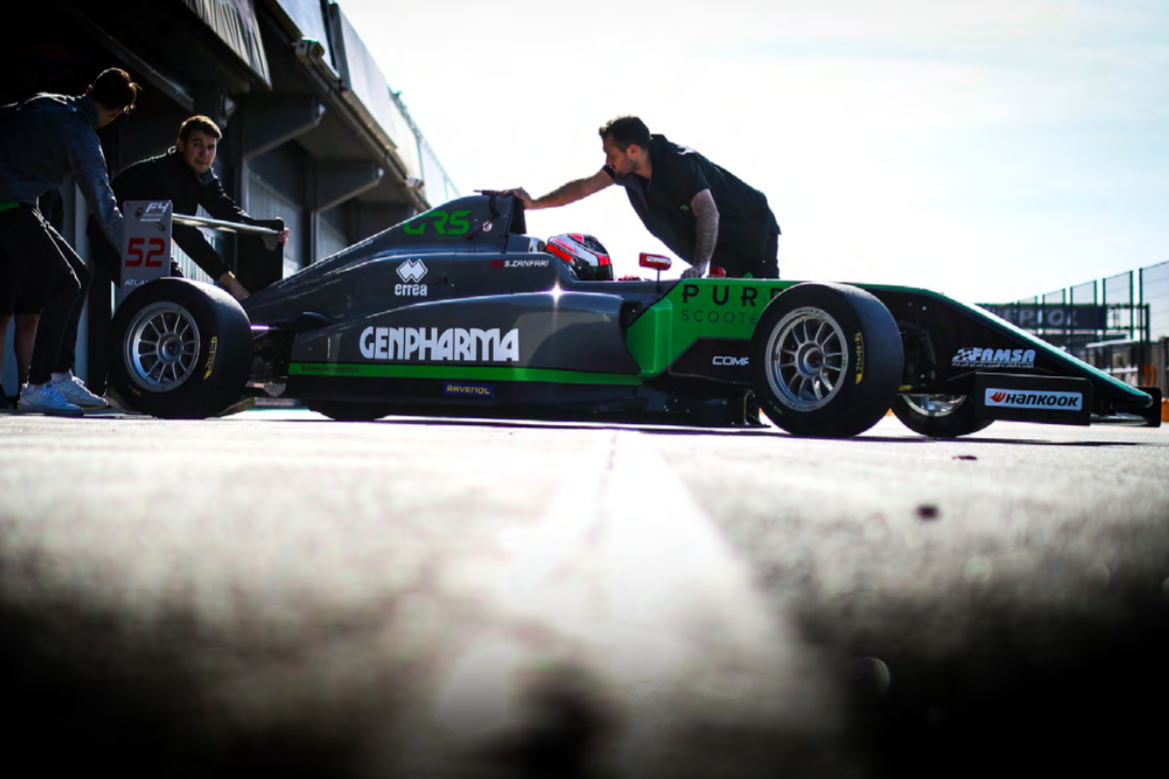 The 15-year-old has raced in junior karts for the last three years, and is the reigning champion of Sweden’s national championship. He also finished fourth in the Italian championship in 2018, and was seventh in the CIK-FIA Academy Trophy.

He also made his car racing debut in 2019 with Elite Motorsport in the Ginetta Junior Championship, and took a best finish of 13th from his six races in his series. Among the sponsors of his 2020 campaign will be the electric scooter company Pure Scooters, established by the father of Lando Norris.

NACAM F4 racer Alex Garcia has confirmed that his Spanish F4 campaign with GRS should last the full season, while Ivan Nosov returns to the championship with Drivex School for at least the first round.

Middle Eastern team Xcel Motorsport only contested half of last year’s Spanish F4 season with Shihab Al Habsi and Matteo Nannini, and has returned this year with Mehrbod Shameli.

The Iranian teenager has been part of Xcel’s line-up in the past, and stepped up to single-seaters at the start of this year in F4 United Arab Emirates. Like Nosov, he is currently only confirmed for this weekend’s Navarra season opener.

The team’s former driver Al Habsi, who hails from Oman, is linked to a drive in Euroformula for this year. Drivex School is the most likely to sign the 16-year-old, who finished third in F4 UAE last year, and has tested again recently at Valencia Ricardo Tormo with German driver Matthias Luethen.

How Zhou and Lundgaard have proven their F1 credentials