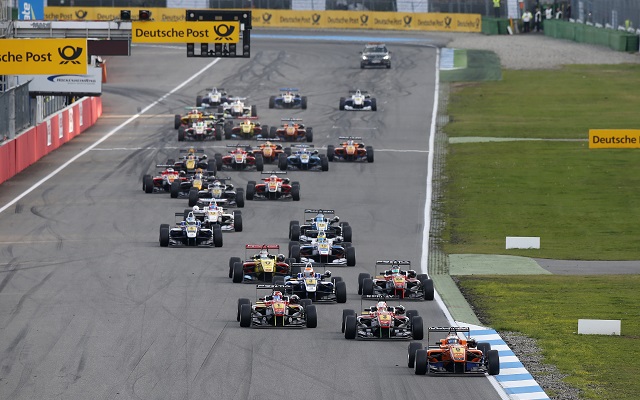 The FIA F3 European Championship will see another engine supplier enter the competition scene, with Renault and Oreca announcing a new partnership.

The French manufacturer has left F3 following the 2003 season and has been hotly-tipped for a return to the European F3 series throughout this year. Oreca has also been present in the category in the past, having partnered with Renault back in the late 1970s in French F3.

“Formula 3 occupies a special place in the history of single-seater racing. Inspired by the Federation Internationale de l?Automobile, its renewal was all the persuasion we needed to make our return,? stated Arnaud Boulanger, Renault Sport Technology’s motorsport director. “The partnership with Oreca brings back past glories, although we are both looking firmly to the future, sharing the same big ambitions”.

“Formula 3 was a great era for ORECA and our return to the discipline is a great moment”, said Oreca boss Hugues de Chaunac. “We?ve had many wins with Renault and we are preparing to take on a new challenge together, which we hope will be met with success. That is our objective even if our competition is very sharp”.

According to Autosport, the engines will be utilized by at least two teams, both set to run a two-car programme. French teams Signature, Tech 1 and ART are all rumoured to be considering a potential entry into the category.