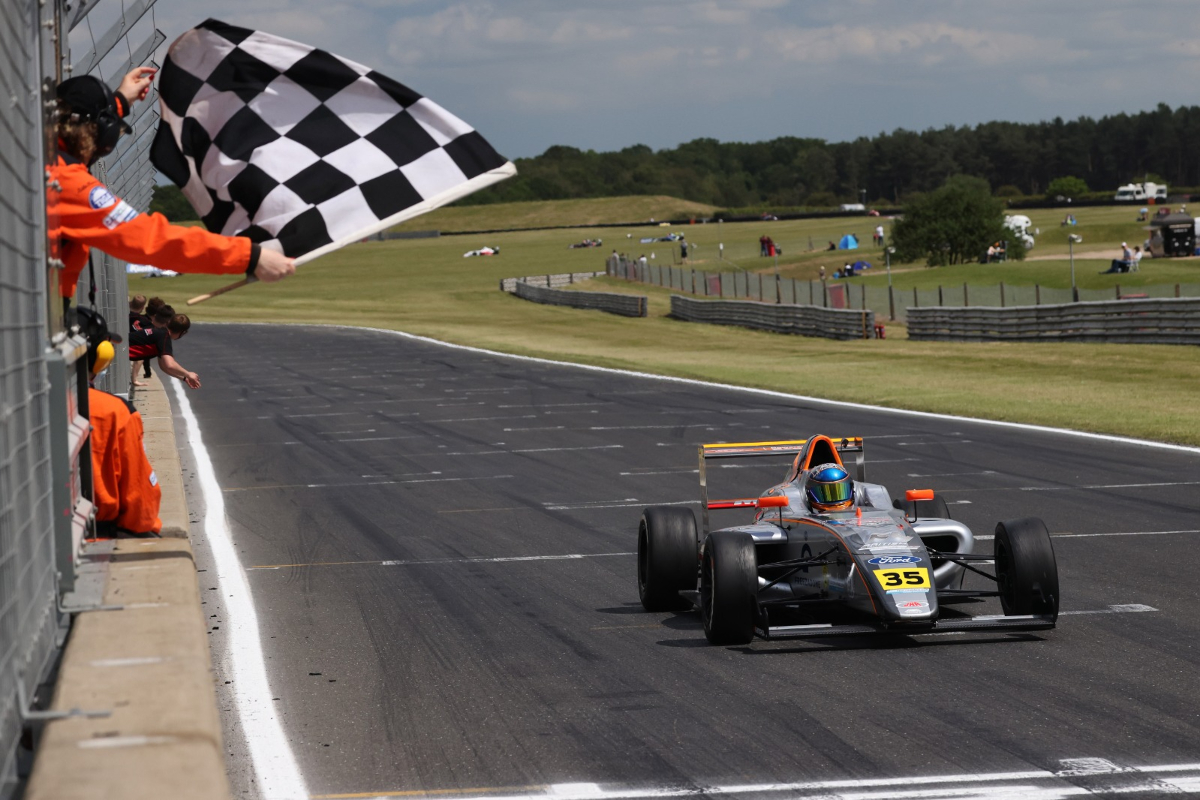 The single-seater rookie managed a safety car restart to make it two wins from three this weekend.

He came under pressure from team-mate McKenzie Cresswell in the first half of the race, and looked vulnerable when a lock-up allowed Cresswell to attempt a move.

Cresswell couldn’t get the pass to stick and was forced to defend against Marcos Flack behind. That allowed Rees to break away from the battle for second and he finished three seconds clear of the rest of the field.

The result brings Rees up to second in the championship standings, 23 points behind James Hedley after the first two rounds.

Flack snatched second from Cresswell after running three-wide with him and Hedley. Cresswell was able to keep Hedley behind him and Argenti Motorsport driver Flack ended up leading a six-car train in the fight for second.

Cresswell didn’t get the opportunity to reclaim the position and was forced to settle for third, with Hedley in fourth.

After running in that position early on, JHR’s Abbi Pulling was forced to defend against Argenti’s Matias Zagazeta late on.

Zagazeta tried to run side-by-side with Pulling on the pit straight, and finished 0.151s behind as they met the chequered flag.

The safety car was brought out just before the mid-point of the 20-minute race for a coming together between Carlin’s Roman Bilinski and Fortec Motorsport’s Joel Granfors that sent both spinning as they disputed seventh place.

Before the field even caught up with the safety car, the incident was cleared as both drivers were able to get going again. Granfors later came into the pits to retire, while Bilinski was able to continue and finished 12th.

There was drama for Carlin early in the race when Bilinski’s team-mate Dougie Bolger span on lap one. He was sent into the field at the side of the track, where he retired, but the car was deemed to be in a safe position and no safety car was necessary.

Tasanapol Inthraphuvasak was the only one of the team’s drivers that made it into the points, in seventh place, as Arden’s Zak Taylor, JHR’s Joseph Loake, and Richardson Racing’s race two winner Georgi Dimitrov completed the top 10.