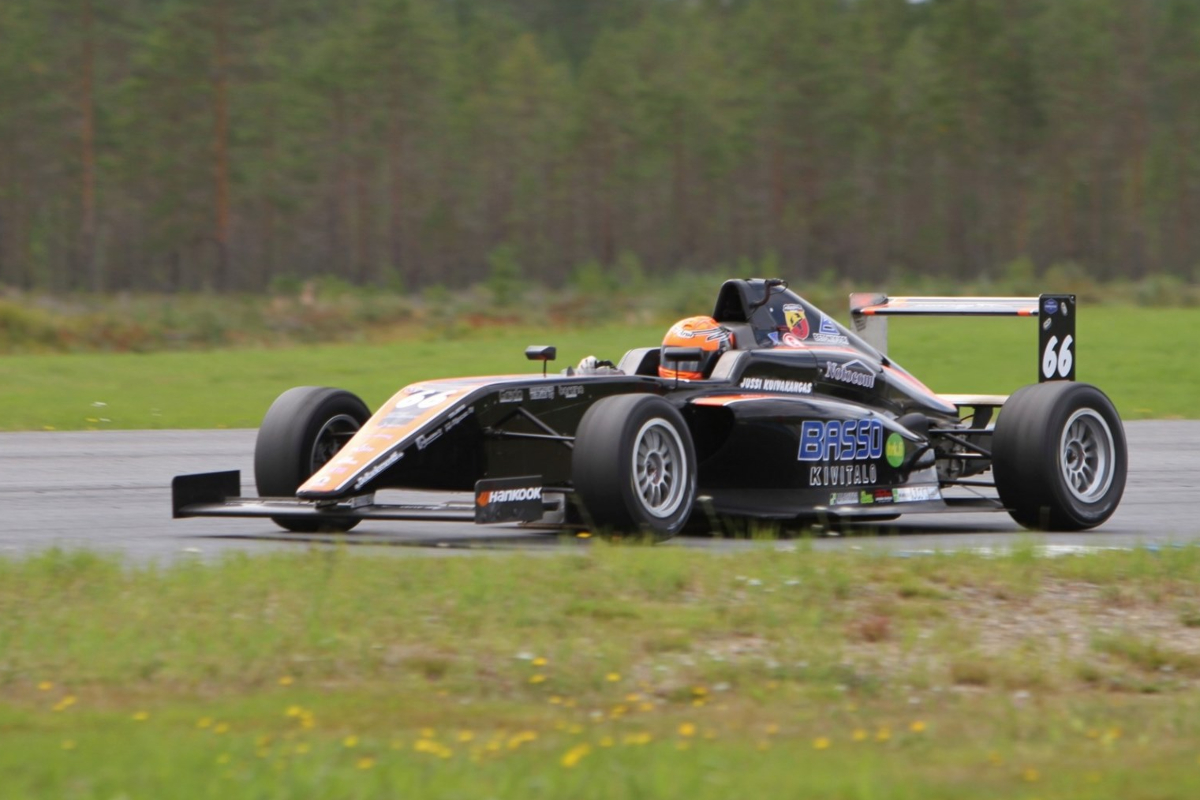 After a strong maiden season in 2019, the global pandemic reduced the series to just five cars and two rounds in 2020 and this year’s season opener was called off due to rising numbers of COVID-19 cases too.

Ahvenisto was to hold round two, but that became round one and is was brought forward by a week from June 19/20.

Rubintor Racing’s karting graduate Henri Saaskilahti took pole by just 0.01 seconds in qualifying ahead of Nikita Alexandrov, the 2019 title runner-up. The track was slippier than what it would be in the races, with laptimes over 15s off race pace, and Jussi Kuivakangas was 2.897s off pole in third place.

However it was Kuivakangas who had the advantage when it came to the races, winning Saturday’s encounter and Sunday’s to establish an early points lead.

While the gap to those behind in race one wasn’t huge, with FAcademy Finland sharing a grid with the old Formula 3-spec Formula Open Finland it meant that third place downwards was lapped by overall race-winner Juha Maki-Jouppi and so with meeting the chequered flag a lap earlier than their rivals ended up a lap down in the F4 classification too.

That was mostly avoided in race two where the F4 fight was closer, with Saaskilahti – who was twice-lapped in race one – joining the victory battle and ending up completing the podium behind Kuivakangas and Alexandrov.

Leevi Vappula, who stepped up to senior karting earlier this year before making his single-seater debut in FAcademy Finland this weekend, finished 29s back in fourth while Nestori Virtala – third in the 2020 points – was a lapped fifth.