Daniel Ricciardo has been given his F1 break this week, but Red Bull’s next protoge Jean-Eric Vergne took a fantastic double win in Formula Renault 3.5 at the weekend…

Jean-Eric began his single-seater career in 2007, competing in the French Formula Renault Campus series, part of the FFSA (the French national federation)-run Autosport Academy programme as a training ground for future racing talent. Jean-Eric won the title comfortably, with six wins and ten podiums from 13 starts. At the end of the year he went to a selection trial for the Red Bull Junior Team, impressing the bosses enough to be signed up for the 2008 season.

In 2008 Jean-Eric contested both the Formula Renault Eurocup and West European Cup with the SG Formula team. He finished sixth in the Eurocup standings and fourth in the WEC standings. He was awarded the French Formula Renault title courtesy of being the highest-placed French driver in the WEC. Sticking in both series with SG Formula for 2009, finishing runner-up to Albert Costa in both, scoring seven wins across the two series. 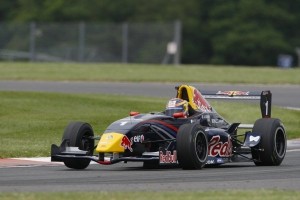 Red Bull placed Jean-Eric in British F3 for 2010 with the Carlin team, following in the footsteps of Daniel Ricciardo and Jaime Alguersuari who had won the title for Red Bull/Carlin in the two previous seasons. Jean-Eric lived up to expectations, winning 13 of the 30 races on his way to the title. He also contested the final three rounds of the Formula Renault 3.5 Series, winning once and scoring three other podiums from six starts. At the end of 2010 he drove for Toro Rosso at the Formula 1 young driver tests at Abu Dhabi.

Jean-Eric is contesting the FR3.5 series full-time in 2011 with Carlin. After a quiet opening round at Aragon – a consequence of missing Friday practice due to simulator work at Red Bull Racing in Milton Keynes – he scored a second place and a victory at Spa, and then two podiums at Monza. He dominated the Hungaroring round taking a double victory to regain the lead of the standings.

Talent rating: Jean-Eric’s talent got him selected by Red Bull after just one year in single-seaters, and after a couple of years in Formula Renault he then dominated British F3 at the first attempt, and has since quickly got the hang of Formula Renault 3.5 to lead the championship in his first full year. 9/10

Chances of getting to F1: Jean-Eric’s recent form in British F3 and FR3.5 will be enough to convince Red Bull he is good enough for F1. With Ricciardo now getting his chance, Jean-Eric is next in line from the Red Bull Junior Team, and it will only be a matter of time once they can find an F1 berth for him. 9/10 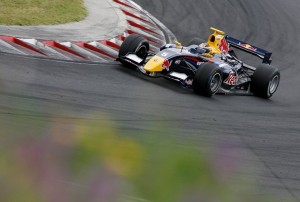 With Gravity behind him: Marco Wittmann