With Gravity behind him: Marco Wittmann

Enjoying the support of the Gravity management stable, Marco Wittmann is amongst the best in Formula 3…

Marco’s single-seater career began in 2007 in Formula BMW ADAC. He won twice and finished fifth in the final standings. He also finished second in the Formula BMW World Final at Valencia. He moved onto the new Formula BMW Europe series in 2008, where he finished as runner-up with a win at Spa. 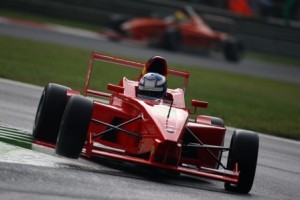 Marco made the step up to Formula 3 in 2009, contesting the Euro Series with the Mucke Motorsport team. He didn’t score any points until the final round at Hockenheim, where he finished seventh in the first race and then fourth in the second. This placed him 16th in the final standings.

Marco remained in the Euro Series for 2010, switching to the Signature team. This saw a vast improvement in results, from the opening round of the season where he scored a double podium. He then won his only race of the season at Hockenheim and went onto finish runner-up in the standings thanks to a total of 10 podium finishes from 18 starts. He finished third at the F3 Masters of Zandvoort, and fourth at the Macau Grand Prix.

Marco surprisingly remained in the Euro Series for 2011, once again with Signature. He struggled to live up to his billing as pre-season favourite in the early races, not winning until the ninth race of the year at Zandvoort. He scored a further two wins at the Norisring to lie second in the standings as the nearest rival to Roberto Merhi. He did dominate the Pau Grand Prix, an International Trophy event.

Talent rating: Marco showed early promise in his Formula BMW days, but struggled upon arrival in the F3 Euro Series. Showed a vast improvement last year having changed teams, but couldn’t match teammate Edoardo Mortara. Sticking in F3 was a strange decision, and hasn’t scored the results he would have wanted. 7/10

Chances of getting to F1: Marco is managed by Gravity Sport Management, who should help him make the step up to GP2 or FR3.5 in the future. He will need to adapt quickly once he gets there, or F1 team bosses won’t be that interested. 6/10 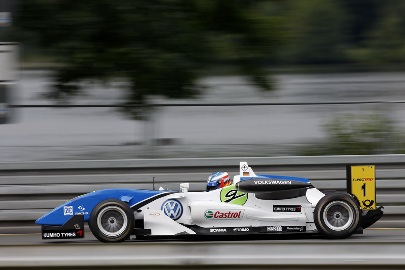