Though, like most, Adrian began his career in karting, he then began racing in the T-Cars series in 2005. A saloon car series exlusively for drivers aged 14-17, Adrian took eight wins from 17 races to win the series at his first attempt, becoming the youngest ever driver to win an MSA-sanctioned series. 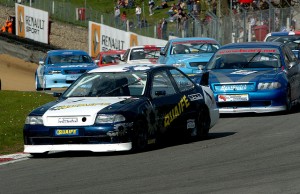 He contined into T-Cars into 2006, but switched focus during the year to begin testing in preparation for his move to single-seaters in 2007. A Formula BMW scholarship gained him entry to the UK series for 2007, where he finished tenth in the final standings. He also began racing in Formula Renault later in the year, entering races in both the Eurocup and North European Cup.

Adrian entered a full season of Formula Renault in 2008, in both the Italian series and the Eurocup with the BVM Minardi team. He finished fourth in the Italian championship with one win, but only managed to score two points in the Eurocup.

Remaining in Formula Renault for 2009, Adrian entered both the NEC and the Eurocup with Motopark Academy, finishing fourth in the standings in both series with one win in each. 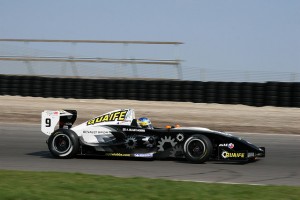 Adrian ran at the sharp end in Formula Renault in 2009. Photo: quaife-hobbs.com

Adrian made the step up to Formula 3 for 2010, entering the Euro Series with Motopark. After scoring points in the opening two events he then switched to the new GP3 Series with Manor Racing. After a slow start to the season he was much stronger towards the end, claiming a podium at Spa.

At the end of 2010 he tested in both the Formula Renault 3.5 Series and GP2 Series. He topped the timesheets on three of the five FR3.5 test days in Spain, and was never outside of the top three. In the GP2 test at Abu Dhabi he impressed again, including being third quickest in one of the sessions. 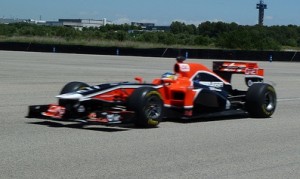 Adrian got his first taste of F1 in May 2011. Photo: quaifehobbs.com

Despite his testing pace in the quicker cars, Adrian has remained with Manor in GP3 for a second season in 2011, and once again after a slow start he took his maiden win in the first race at Valencia. The Manor team’s links with the Virgin Racing F1 team saw Adrian complete a straight-line aero test with the team in Spain earlier in the year.

Talent rating: Adrian showed promise early in his career, and while he often showed his potential in Formula Renault he seemed to lack the consistency. Now one of the frontrunners in GP3, he again seems to be unable to regularly show his pace. He did show his pace in FR3.5 and GP2 testing over the winter, however. 6/10

Chances of getting to F1: Adrian has shown he could be competitive in a higher series, and he could also have the backing to do it thanks to the family-run Quaife transmission manufacturer. His established links with Virgin Racing could help him to make that final jump too. 6/10 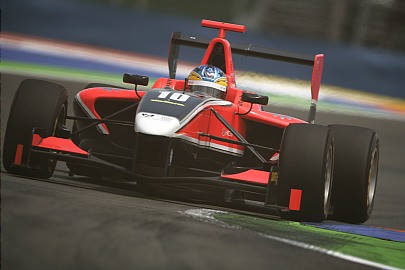 Another speedy Mexican on his way to F1: Esteban Gutierrez