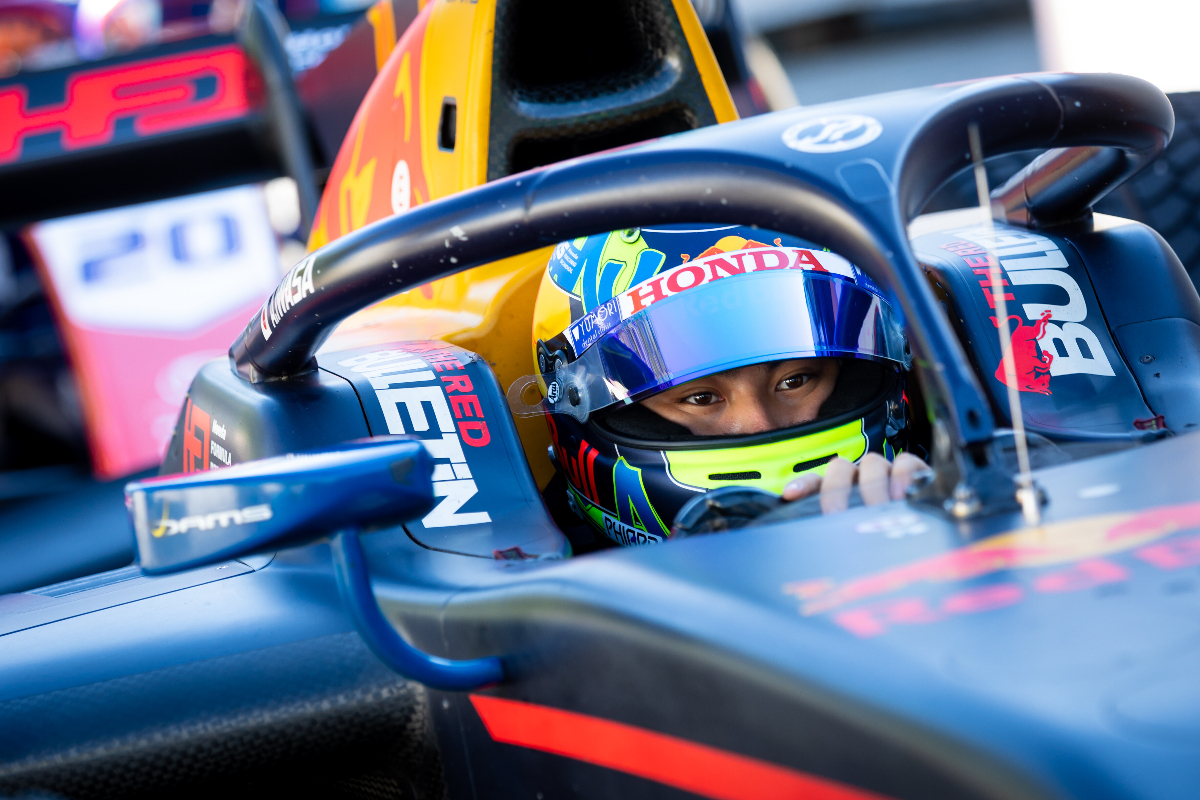 Iwasa had set his best laptime with 27 minutes of the 45-minute session remaining, but a late red flag caused by Ralph Boschung crashing meant drivers were left with just three minutes to go for a final time at the end of the session.

Logan Sargeant appeared on course to usurp Iwasa after going fastest in sector two, but he spun at turn nine and put an end to his lap.

The Hitech GP pair of Marcus Armstrong and Juri Vips traded fastest times with Pourchaire at the start of practice, with Armstrong fastest on 1m38.469s.

Iwasa moved up to second place before improving further to set what would end up as the benchmark lap just before Vips brought out the first yellow flag of the morning with an off at Turn 14. Fortunately he managed to avoid hitting the barriers and was able to reverse and continue.

Behind Iwasa, first Liam Lawson and then MP Motorsport’s Clement Novalak took turns in second place, before Pourchaire wrested the position away.

Iwasa himself was still looking to improve further but ran wide at turn nine after setting a new best mark in sector one with just 14 minutes to go.

Sargeant had been gradually improving his laptimes and moved up to third just before Boschung’s crash meant the field went back to the pits.

Traffic unsurprisingly proved problematic folowing the late restart, with all 22 cars except Boschung taking to the track. The only significant improvement came from Virtuosi Racing’s Jack Doohan who jumped up to third ahead of Carlin duo Sargeant and Lawson.