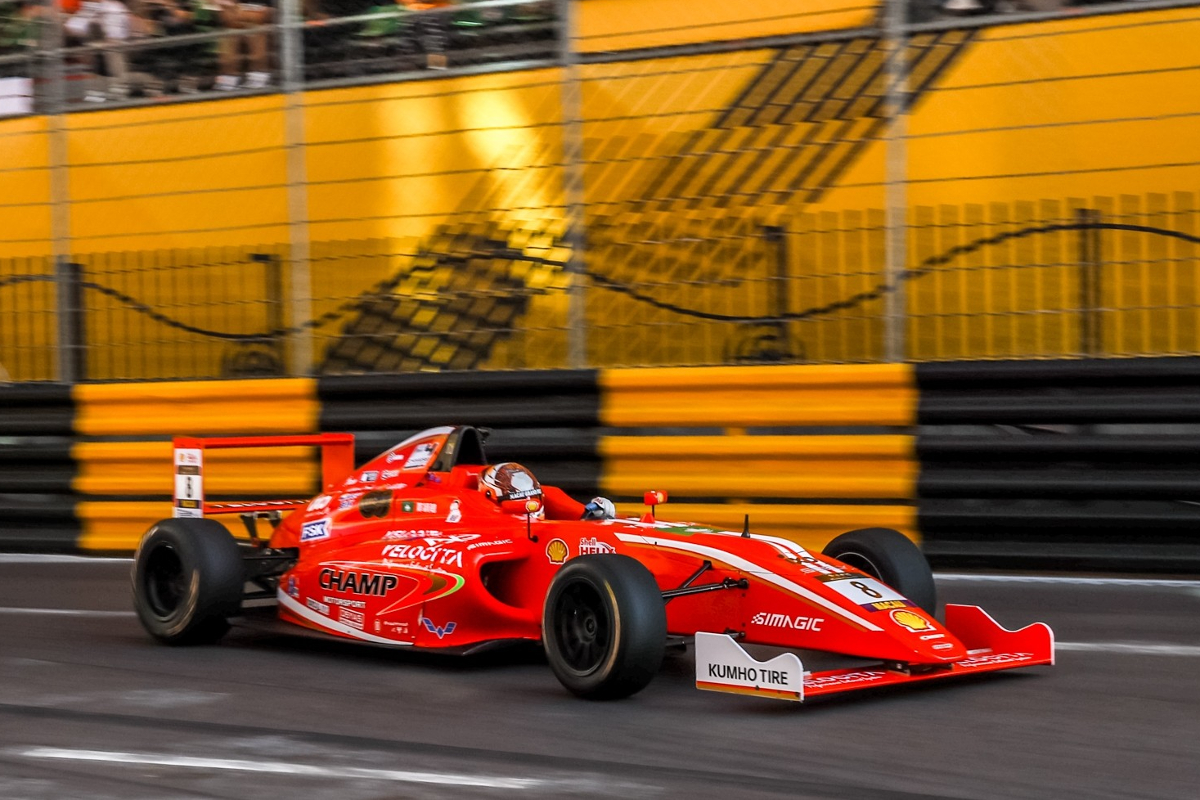 The reigning Chinese Formula 4 champion set the pace by over one-and-a-half seconds, although so far this weekend it has actually been a far closer battle between himself, Gerrard Xie and Charles Leong to be quickest.

Q1 started with an immediate crash for Lou Duan at Lisboa, but he was craned away quickly so the session did not need to be stopped.

Patrick Tsang had a spin 10 minutes into Q1, then current Chinese F4 leader Xie went quickest as he and Leong broke the 2m30s barrier halfway through the session.

Another car then stopped on track but it did not prove too disruptive, with yellow flags gone by the time Chang came through with an improved laptime.

He was holding the provisional pole position spot with a 2m27.627s lap by the time the session was stopped by red flags with just over a minute to go, and it left him 1.579s clear of Xie and 1.916s clear of Leong.

Leong was the pacesetter at first, but over 10s off the Q1 benchmark, then track action was interrupted when Henry Lee Jr lost control at Mandarin. His car swung out into the barriers on the left, then he spun into the ones on the right and caused further damage to three corners of his car.

Red flags were not needed, although the yellows prevented improvements for some time, and going into the final five minutes Chang had got to the front with a 2m30.796s lap that put him 1.724s ahead of Li and 1.789s ahead of Xie.

Leong was denied a chance to get back into the pole fight when Yaoming Huang rode over the rear of Chi Hou Cheong’s car on the way to Lisboa and ended up stopped in the escape road, with yellow flags soon turning into reds.

That meant the Q1 pace established the front of the grid for the qualification race, with Chang on pole ahead of Xie, Leong and Li. Steven Siling Bei was absent after his free practice crash.