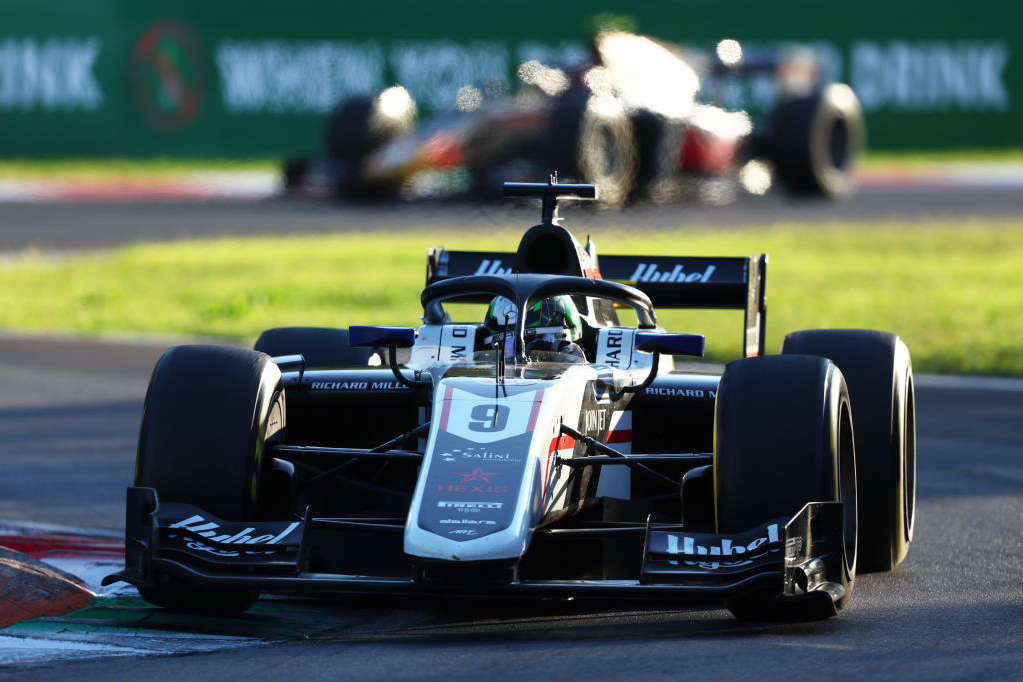 Frederik Vesti goes into this weekend’s Formula 2 finale in contention for third in the standings, but could finish the season as low as 13th.

The ART Grand Prix driver did not score until the sixth race of the season, but then made the feature race podium at Barcelona and won the Baku sprint race.

Another feature race podium came at Paul Ricard, but he failed to finish in the top 10 after the summer break until the penultimate round of the season at Monza where the Mercedes-AMG Formula 1 junior finished second in both races.

“It’s good,” Vesti said of his retun to the podium in the Monza sprint race.

“Spa-Francorchamps and Zandvoort was very, very difficult. I went into the summer break with lots of confidence and a great feeling. I went from P15 to P6 in the championship, and then I came back to Spa and we were pretty much nowhere.

“I was not fast, not in the top 10 in qualifying, and in Zandvoort we had the chance but didn’t really get it, didn’t get into the top 10 and then therefore didn’t score any points.

“But to get P10 [in Monza qualifying] meant we could start in the front today and get the podium, which is really important. And now it’s just to keep focusing and keep improving because we are not where we want to be fully yet.”

Qualifying 10th may have put him on the front row for the sprint race’s reversed grid, but left him back on row five for the feature race. He was still able to charge onto the podium, for the fifth time in his rookie season.

“Had good pace, but not quite enough to reach Jehan [Daruvala],” said Vesti of the pursuit for victory. “Went from P10 to P2, which is a great result in itself. Strategy was good, but also the car was really strong.”

Vesti had to “calm down” his driving during the race after getting pinged for track limits violations, but said the difference in being able to rise up the order – rather than fall back as he had the day before and in previous rounds – was being “more aggressive” and making “progress early in the race”. It is a trait he wants to carry into this weekend’s season finale.

So far Vesti has scored 71.3% of the points of team-mate Theo Pourchaire this season, but could finish just eight points behind with a perfect weekend at Yas Marina Circuit. He will also be buoyed by the fact he will be making his F1 test debut with Mercedes at the circuit the week after.