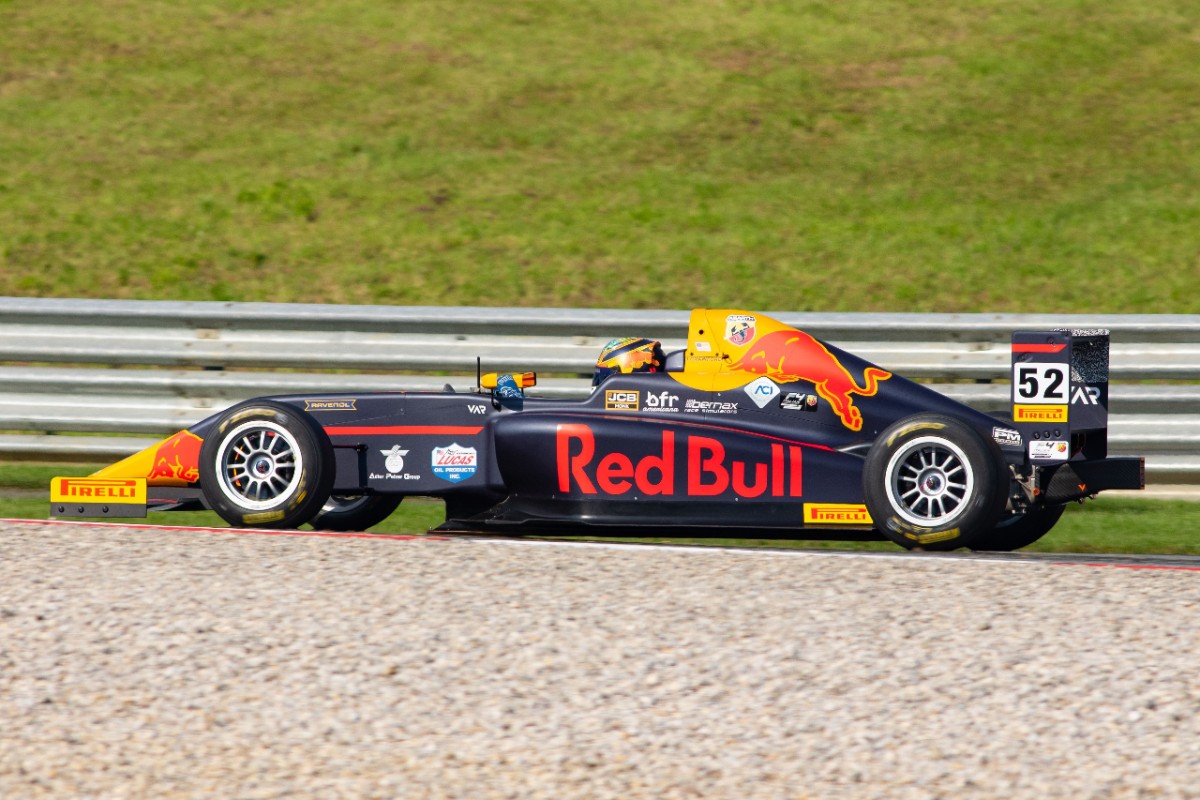 The American jumped to the top of the order towards the end of the second session, recording a 1m42.160s laptime.

It was enough to put him 0.135s clear of Edgar, who had spent much of the session swapping fastest laps with R-ace GP’s Victor Bernier.

Almost immedietly, the field improved on the lap times set in FP1, when cold conditions limited the pace.

Mucke Motorsport’s Joshua Durksen, fastest in the first session with a 1m45.538s lap, spent most of FP2 towards the front of the field. He ended the morning third overall, ahead of Bernier and his rookie team-mate Kirill Smal.

A number of drivers had laptimes removed due to exceeding track limits, but all were able to set representative times in both sessions.

US Racing’s Elias Seppanen was the biggest outlier of the morning. He was fourth quickest in FP1, but could only place ninth in FP2, over a second slower than Crawford’s quickest time.

Oliver Bearmann also struggled in the second practice session and ended up 11th fastest of the 12 drivers, only ahead of US Racing team-mate Tim Tramnitz.