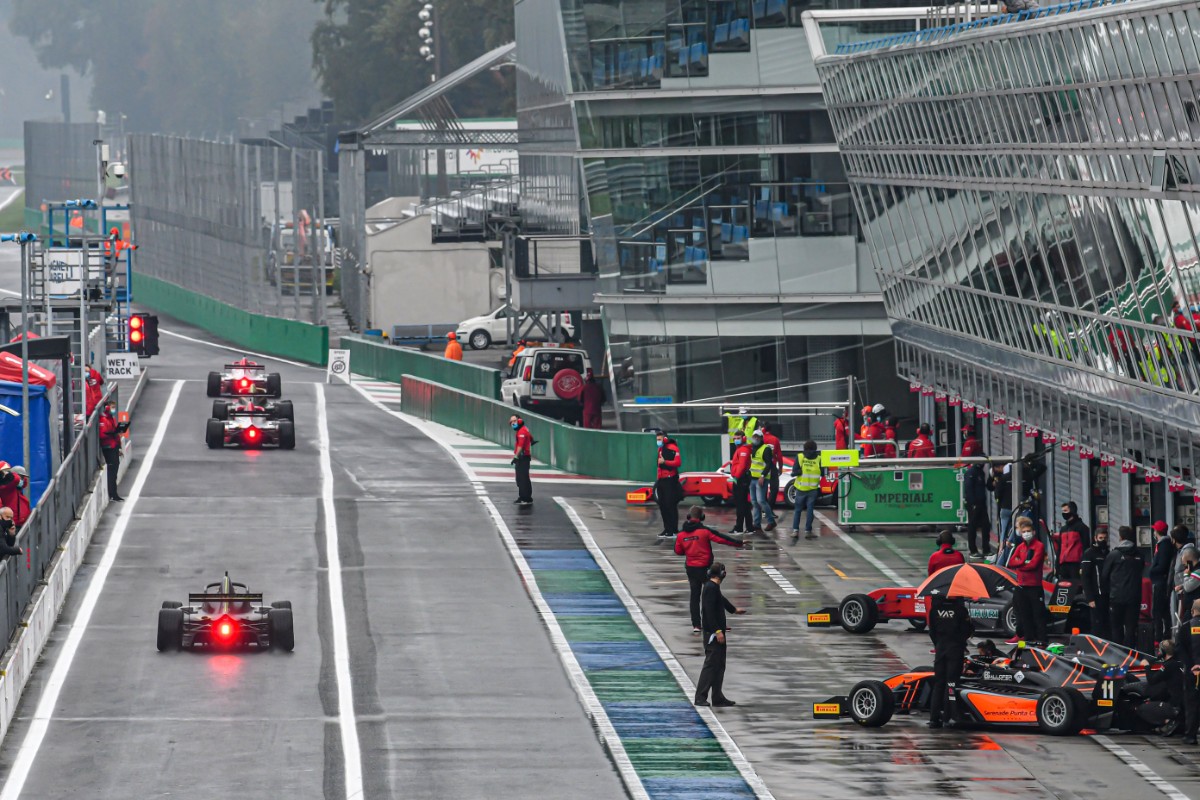 Rain hit Monza in abundance in the early morning, meaning free practice one took place on a fully wet track and with laptimes some 20 seconds slower than they would usually be.

KIC Motorsport driver Pasma was a third of a second quicker than Prema’s points leader Arthur Leclerc in that session, with Leclerc’s team-mate and main title rival Gianluca Petecof the only other driver within a second of the pace.

It was a mixed session for KIC, as Konsta Lappalainen did not make it onto track and the returning Nico Gohler only set two flying laps.

Pasma was quick in the drier conditions of FP2, and sat at the top of the times for much of its duration.

This time it was Van Amersfoort Racing’s Pierre-Louis Chovet and Alessandro Famularo who presented his sternest challenge, with both within a quarter of a second of his benchmark 1m46.470s lap.

Oliver Rasmussen was the fastest of the Prema drivers in fourth, just ahead of Petecof and Leclerc, while Jamie Chadwich was a further half-second back in seventh.

Lappalainen beat Gillian Henrion to eighth place, while Gohler rounded out the top 10.