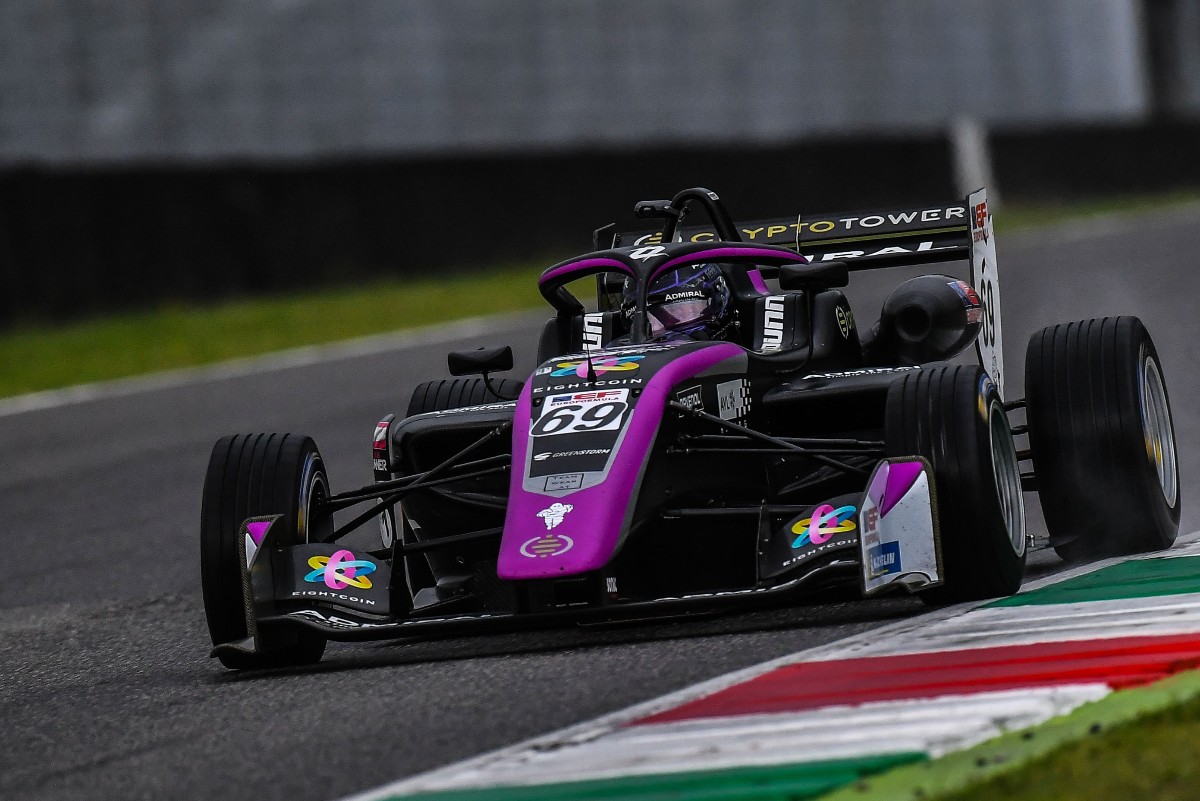 The session was delayed due to barrior damage, and was then red flagged before any driver could set a flying lap.

It was a stoppage that only lasted a few minutes, and when the drivers returned to track it was CryptoTower Racing Team’s Dunner who went straight to the top with a 2m11.183s.

That ended up standing as the fastest lap for the duration of the session, as when Motopark’s Manuel Maldonado did beat it he then had his lap deleded due to a track limits violation.

Carlin’s Zane Maloney was second fastest, while his team-mate Ido Cohen brought the session to an early end with a crash at Les Combes with a few minutes to go. He was confirmed to be OK upon leaving the car.

Dunner’s points-leading team-mate Yifei Ye was over a second back in third place, with another second splitting him and Van Amersfoort Racing’s Alexandre Bardinon in fourth.

Cohen ended up being fifth fastest after Maldonado’s lap was deleted, with the Venezuelan dropping down to 13th and 12.3s off the pace having not set a truly representative flying lap prior to his session-topping effort.

Double R Racing debutant Benjamin Pedersen was ninth quickest, and the team repaired the car of his team-mate Louis Foster in time for him to make it on track for two laps in the interrupted session.

Drivex School’s practice-only entrant Matthias Luethen was 11th, and his team-mate Glenn van Berlo did not set a laptime.