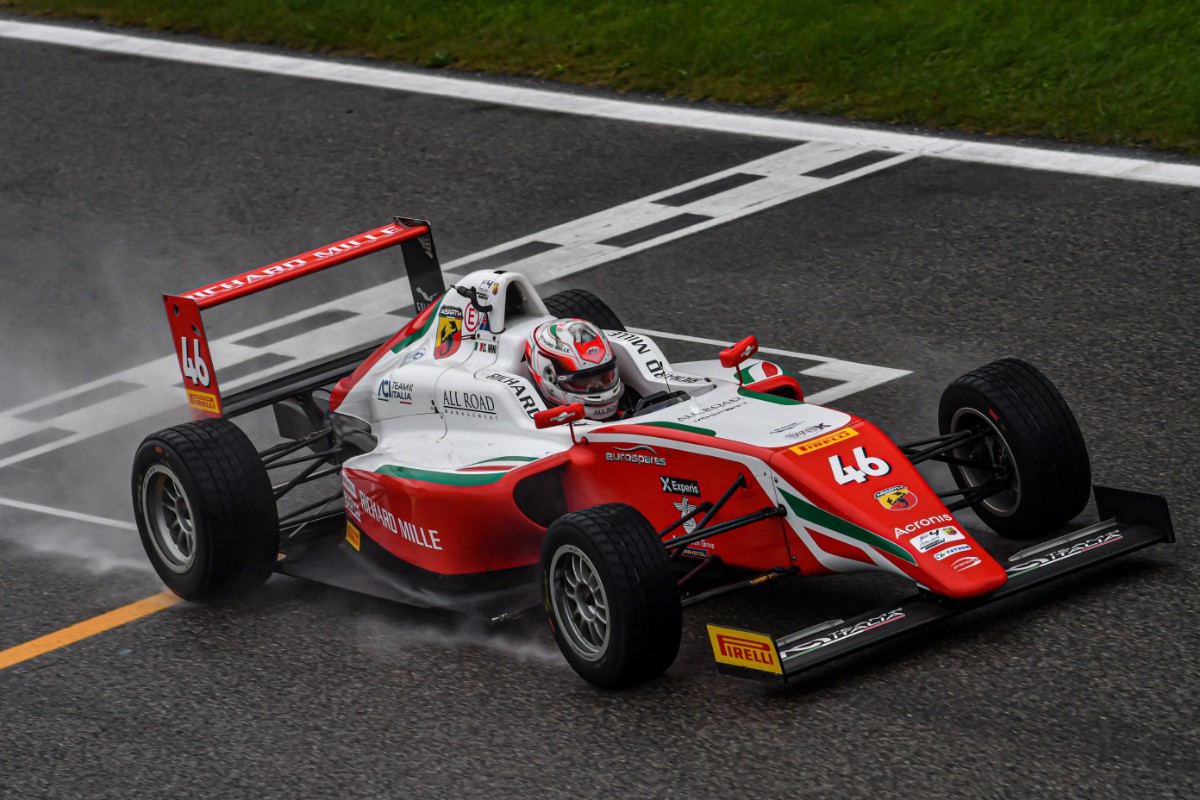 There were incidents towards the end of both sessions as drivers came to a stop on track, and an incident for Jasin Ferati brought out the red flags early in FP2.

Prema’s Mini spent most of the wet FP1 top of the order, going quickest with a 2m09.809s lap before finding improvements to extend his gap at the front.

It was Jenzer Motorsport’s Filip Ugran who beat him to top spot come the end of the session though, setting a 2m08.371s lap that was 0.392 seconds clear of Mini’s best and 0.623s faster than Bortoleto.

The session ended with yellow flags at turn four after Iron Lynx’s Leonardo Fornaroli came to a stop.

Ugran set the early benchmark in FP2. He immediately went quicker than Mini’s earlier time with a 1m54.059s in the drier conditions, but that lap would be quickly beaten.

The times continued to improve thorughout the session and Mini once again put himself top with a 1m53.897s lap.

Improvements were haulted in the closing stages of the session when Abu Dhabi Racing’s Hamda Al Qubaisi (who runs with Prema/Iron Lynx support) came to a stop in the gravel at turn 7, but the incident was cleared with a few minutesleft on the clock.

Most of the field were able to find improvements, but nobody could match Mini. Ugran ended up in second, 0.094s back, with Prema’s Ferrari junior Dino Beganovic two tenths back in third place.