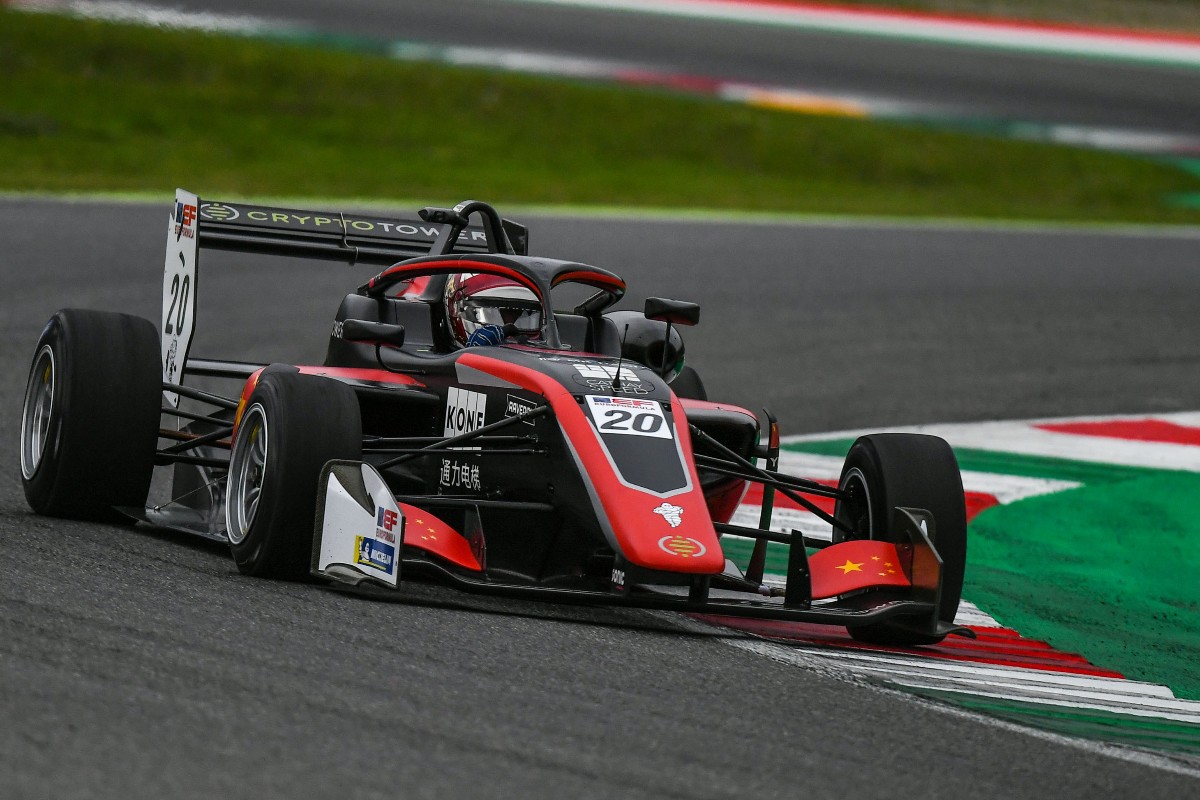 CryptoTower Racing Team’s Yifei Ye was fastest by over half a second in the second Euroformula free practice session at Spa-Francorchamps.

Low clouds and early morning fog meant the track was very cold, and the long Kemmel Straight was scrubbing most of the heat out of the brakes and tyres. Eventually the clouds started to lift, and in the final 10 minutes of the session there was a flurry of improvements.

Van Amersfoort Racing’s Andreas and Sebastian Estner had shared top spot for much of the session, but points leader Ye rose to the top in the final five minutes and although he had that lap deleted for a track limits violation he improved on it anyway with his final effort to end the morning in first place.

Andreas Estner was shuffled down to sixth, and Motopark’s Cameron Das down to seventh after appearning near the top early on.

Drivex School’s Glenn van Berlo had been in the top two at the start of the session, but he didn’t improve as much as his rivals and ended up 2.232s back in 10th place. Even worse for the Dutchman, his car came to a stop at Blanchimont at the end of the session and he had to be towed back to the pits.

Of the two debuting Double R Racing drivers, only Benjamin Pedersen made it on track and outpaced van Berlo in ninth, while Louis Foster’s car was still being repaired after he crashed in FP1 and he did not get to set a lap.