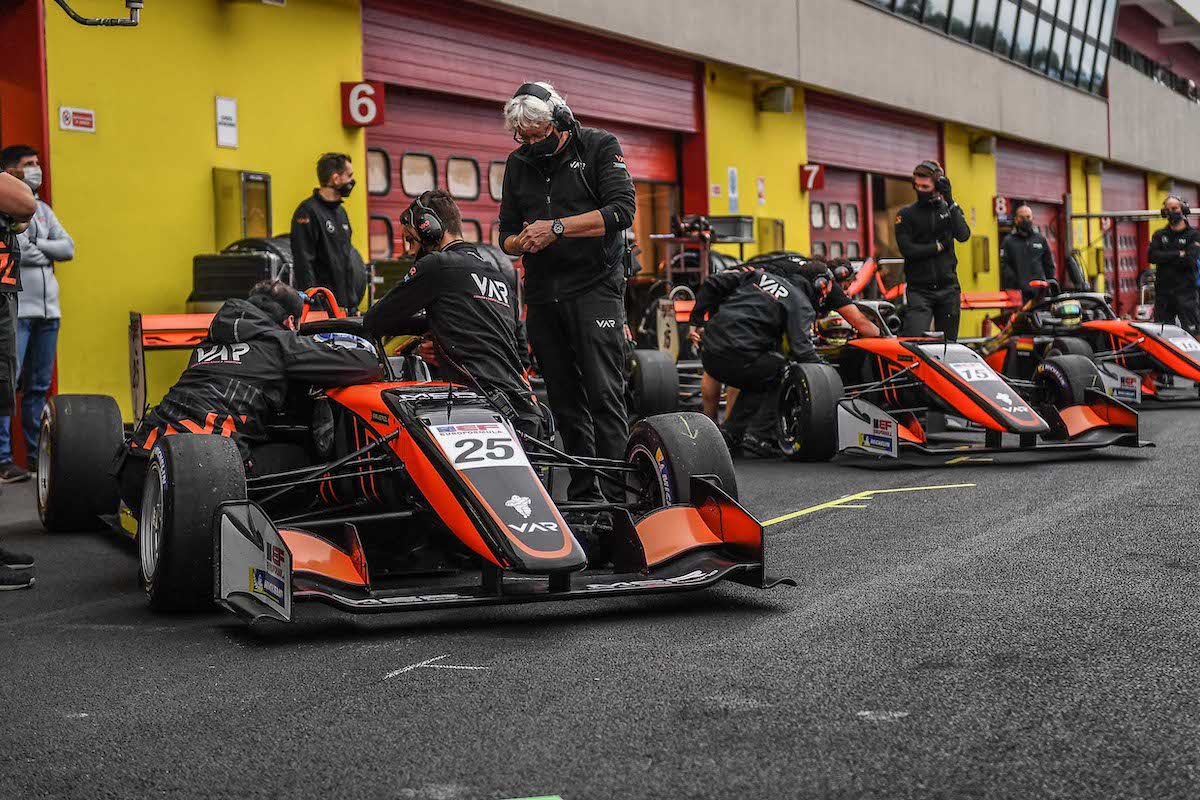 Fog surrounded the circuit for much of the Friday morning session, and it was Van Amersfoort Racing’s Sebastian Estner who topped the times pretty much throughout after going on track early and acclimatising himself to the low visibility and grip.

Drivex School’s Glenn van Berlo got closest to him early on, and they were lowering the pace through the opening 10 minutes until Foster caused a red flag by crashing at the high-speed Campus chicane and requiring a visit to the circuit medical centre.

When on-track action resumed it was still Estner up front, with CryptoTower Racing Team’s title-leading duo Yifei Ye and Lukas Dunner briefly making it up to second place after van Berlo had his best lap deleted due to a track limits violation at Eau Rouge.

Estner’s older brother and VAR team-mate Andreas then made it to the top of the times for a few seconds, before the younger of the two struck back with a lap that could not be beaten in the final five minutes.

Ye’s final effort after the chequered flag brought him back up to second place, over half a second slower than Estner, with Carlin’s Zane Maloney and Motopark’s Cameron Das putting in very late laps to jump up to third and fourth ahead of Dunner.

Andreas Estner and van Berlo were shuffled down to sixth and seventh, both over a second off the pace, while Foster’s fellow debutant and Double R team-mate Benjamin Pedersen was 1.923s back in 10th.

Drivex had a second car out for German driver Matthias Luethen, understood once again be a free practice-only entry.