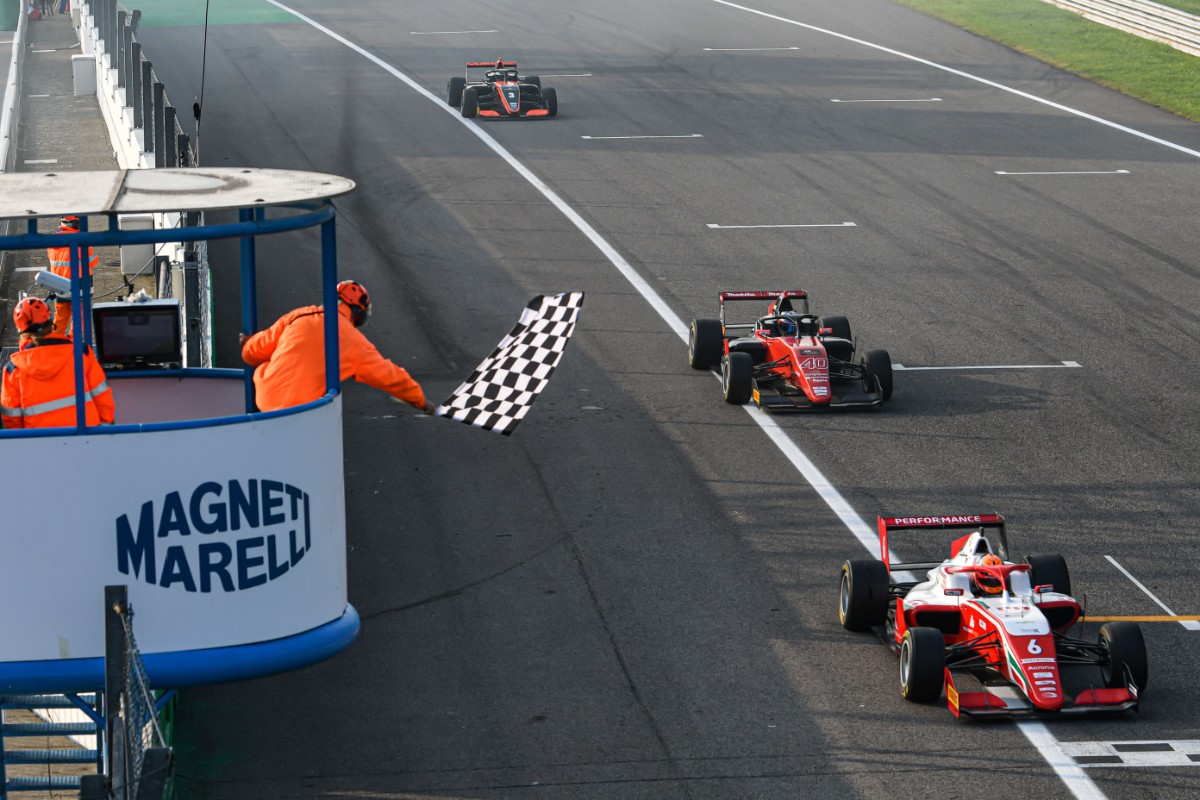 Oliver Rasmussen took his third Formula Regional European Championship win of the season at Monza, as Prema team-mate Gianluca Petecof took over at the top of the points.

It was KIC Motorsport’s Patrik Pasma who actually led the race from start to finish, but the Finn – along with Monolite Racing’s Andrea Cola and DR Formula’s Emidio Pesce – was awarded a five-second penalty for an incorrect safety car restart procedure.

Rasmussen started second but fought for the position early on with Petecof, but firmly had the place by lap three and that sent Petecof back into a battle with main title rival Arthur Leclerc.

The pair fought frantically through the first half of the race, and on lap seven of 15 Leclerc ended up goign through the Turn 1 bollards as he fought with his fellow Ferrari junior. This enabled Pasma and Rasmussen to escape up front, but their gap was then cut by a safety car period caused by Pesce punting Gillian Henrion at Parabolica.

Pasma bunched the field right up at the safety car restart, with his penalty following shortly after. Petecof then had a moment that dropped him to the back of the field, as KIC’s Konsta Lappalainen hassled Leclerc for third.

Lappalainen got the move done through Parabolica, and Leclerc was under severe pressure from behind just as a second safety car period was required when a failed move by Prema’s Jamie Chadwick on KIC’s Nico Gohler on the outside of Lesmo 1 led to both crashing.

Petecof had gained back some spots then lost them all again, while Leclerc also went down the field at the restart before stopping because his car was on fire.

Lappalainen tried passing Rasmussen several times on the final lap but couldn’t get through, while Pierre-Louis Chovet won out in a race-long battle with Van Amersfoort Racing team-mate Alessandro Famularo for what became third place once Pasma was penalised.

Cola and Pesce’s penalties meant Petecof was gifted sixth, while Leclerc was classified two laps down in ninth. The points he earned for that wasn’t enough to stay ahead of Petecof in the standings though.