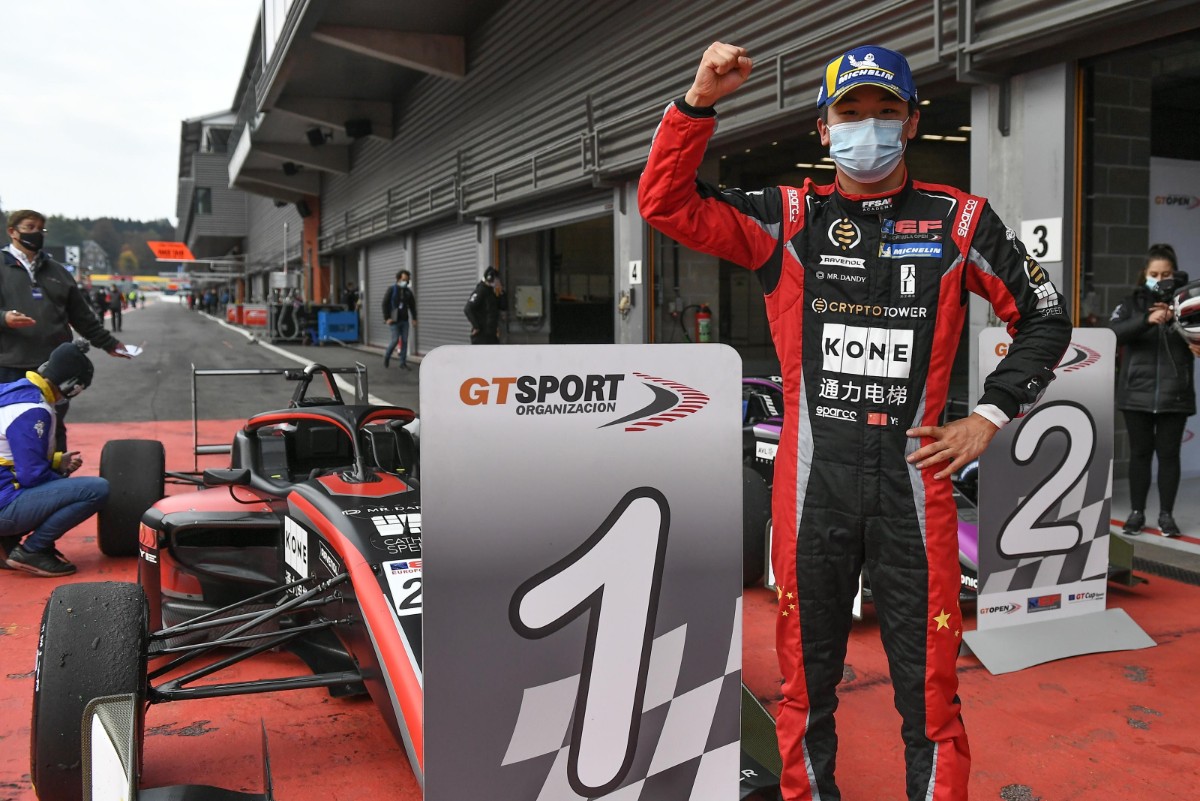 Yifei Ye claimed his eighth Euroformula pole of the season in a cold final qualifying session at Spa-Francorchamps, which set the grid for race three at the circuit.

The Chinese driver was at the top of the times for much of the Sunday morning session, although when track times started to improve on drivers’ second runs it was briefly debuting Double R Racing duo Louis Foster and Benjamin Pedersen who were fastest.

In the end the pole battle was again between Ye and his CryptoTower Racing Team team-mate Lukas Dunner, but the gap between the pair was larger than usual as Ye claimed pole by over half a second after Dunner failed to find a big improvement with his final effort.

The experienced Cameron Das was a further two tenths back in third place, while BRDC British Formula 3 graduates Foster and Pedersen impressed by qualifying fourth and fifth and roughly a second behind Ye.

Following a last lap crash between Krutten and Maloney at the end of race one on Saturday, Maloney will serve a five-place grid penalty for race two.