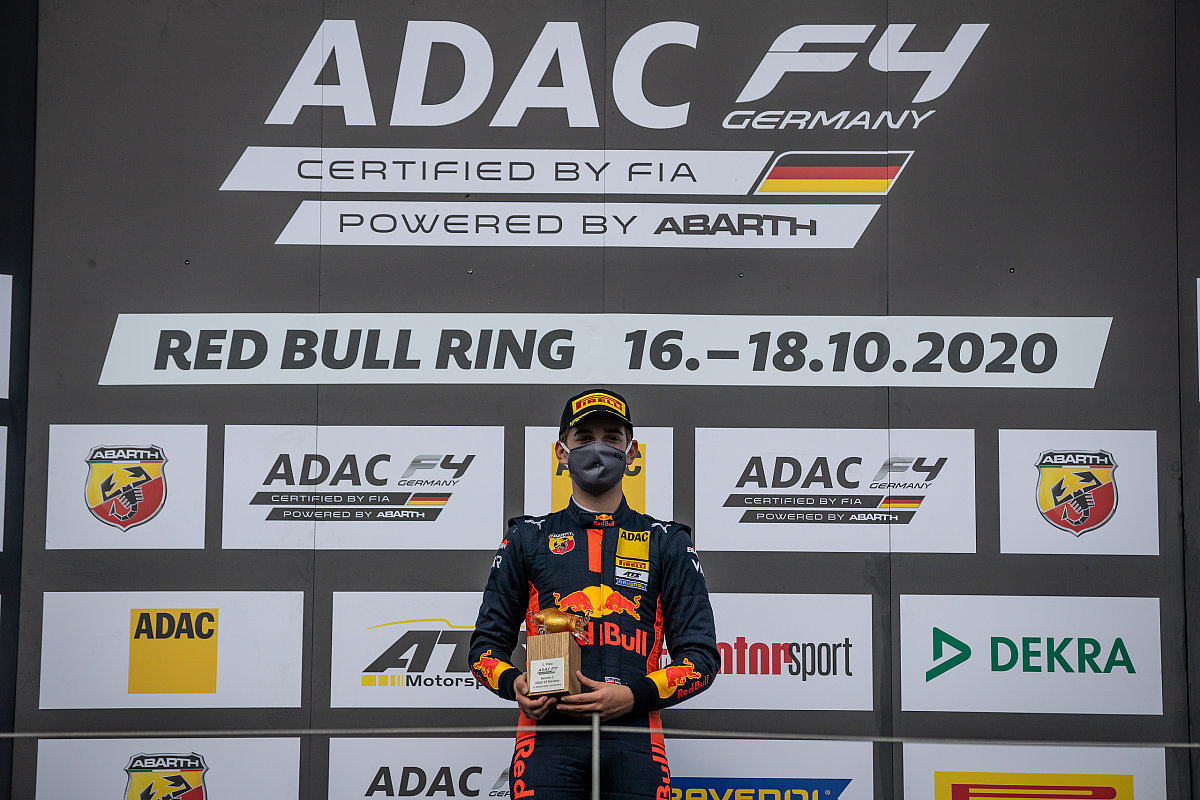 Jonny Edgar led a Van Amersfoort Racing one-two in the second ADAC Formula 4 race of the weekend at the Red Bull Ring.

Starting from pole, Edgar was able to build a gap to the rest of the field, as US Racing’s Elias Sepppanen in second battled to keep Edgar’s team-mate Jak Crawford behind.

After running side-by-side for a number of corners, Crawford managed to get ahead and was brought back onto the tail of Edgar as the safety car came out at the end of lap one.

Victor Bernier and Josef Knopp had come together, sending both into the gravel. Bernier kept his foot down to rejoin the track, while Knopp stopped on the edge of the gravel trap. He eventually got going without assistance, though later had to pit and retire.

Racing resumed with 26 minutes on the clock, and Edgar immediately pulled away from Crawford. Consistent fast laps allowed up to build the gap, despite Crawford setting the fastest lap of the race, and Edgar finished 2.025s ahead to extend his points lead.

After the safety car period, Crawford completed a lonely race, with a 6.622s gap back to third place.

On the restart, Seppanen immediately came under pressure from Mucke Motorsport’s Joshua Duerksen, US Racing’s Ollie Bearman and R-ace GP’s Kirill Smal. Bearman and Duerksen took turns getting alongside Seppanen as Bernier joined the battle.

Bearman and Bernier were both able to find a way past Seppanen, but Bearman battled too hard with Bernier, dropping the Frenchman behind Tim Tramnitz and earning himself a drive-through penalty.

Duerksen picked up third, holding off Seppanen to move back into fifth place in the standings.

Bernier ended an eventful race fifth, ahead of Tramnitz and Smal.

Vladislav Lomko held onto eighth to put himself on the reversed grid pole for race three, as Erick Zuniga and Roee Meyuhas completed the top 10.