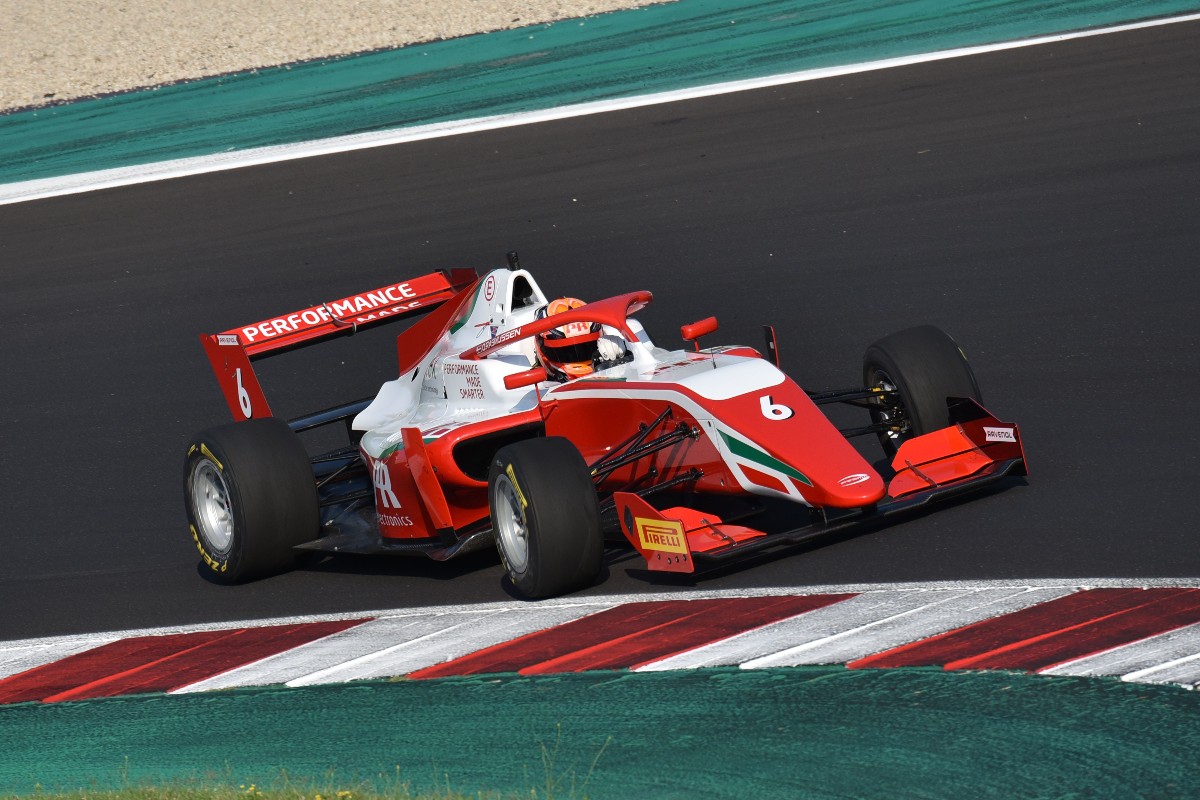 Oliver Rasmussen won an eventful first Formula Regional European Championship race of the season at Misano, as Arthur Leclerc and Juri Vips both failed to finish.

Rasmussen and his Prema team-mates Leclerc and Gianluca Petecof battled hard at the start after poleman Leclerc failed to get a good getaway.

The Dane had narrowly got out in front during the opening lap when Leclerc, Petecof and KIC Motorsport’s Vips – racing in FREC as a back-up for his planned Super Formula campaign – all came into contact.

Leclerc was out on the spot, while Vips dropped a number of places seemingly without damage. Petecof had to return to the pits for a tyre change.

Rasmussen was then under pressure from KIC’s Patrik Pasma from the restart but was able to maintain a sensible advantage when the second safety car was called out, this time for Vips.

He had worked his way up from the back to be hassling W Series champion Jamie Chadwick – who started seventh but was in third by the end of lap one – when the pair got too close and Vips span into the gravel.

Rasmussen held on after the second restart to take his first single-seater win on his FREC debut, with Pasma in second.

Chadwick defended robustly throughout to hold onto third, initially from KIC’s Konsta Lappinainen, then Van Amersfoort Racing’s Pierre-Louis Chovet before Vips came up behind her.

Once the race was restarted, Petecof – who initially struggled to make up ground – was behind Prema team-mate Chadwick but couldn’t find a way through before the race-ending third safety car period.

Chovet ended up fifth, ahead of Monolite Racing debutant Andrea Cola, while Pesce was the last of the seven finishers.

Lappalainen went out of the race with four laps remaining due to a technical issue, but was classified as a finisher.