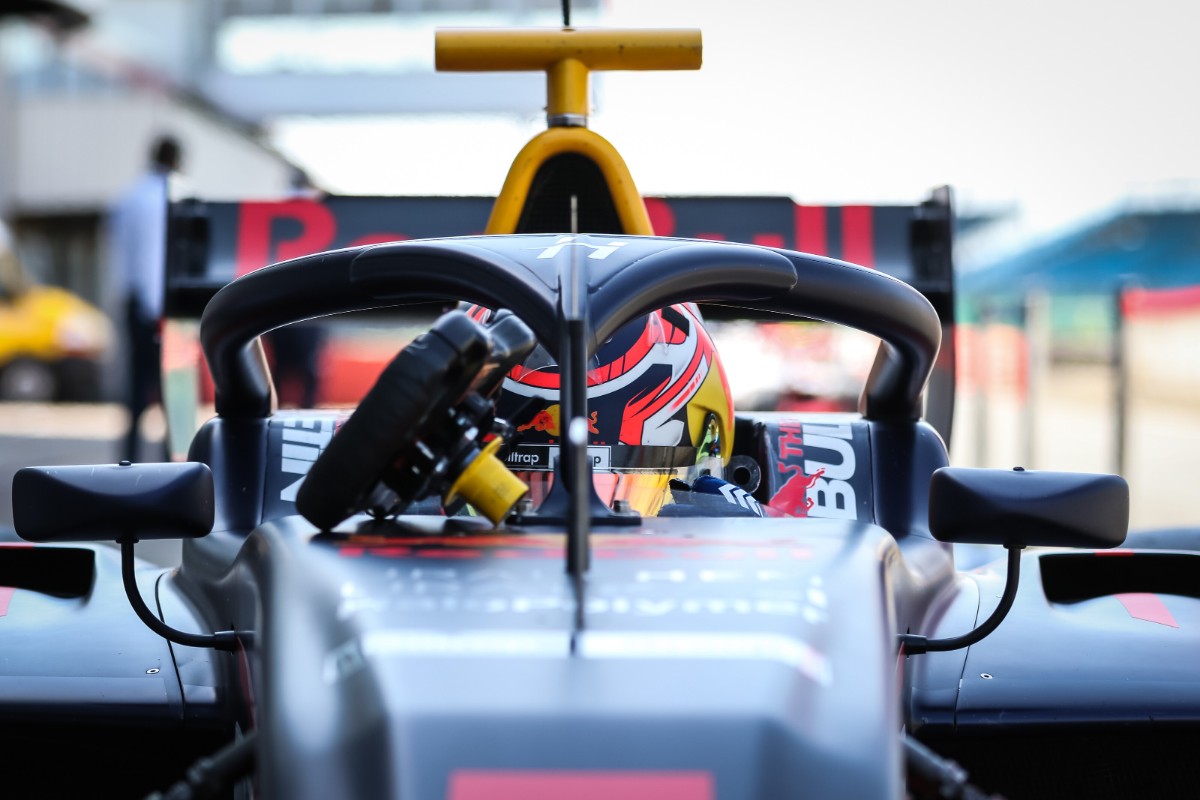 The Red Bull junior started on the front row and overtook Prema’s poleman Logan Sargeant for the lead at Stowe on lap one.

He then came under pressure Sargeant’s team-mate Oscar Piastri towards the midpoint of the race, with the pair going wheel-to-wheel through Stowe, only for the race to be neutralised by two safety car periods.

Racing concluded in somewhat unusual circumstances in the pitlane, allowing Lawson to take his second win of the season.

“I wouldn’t say I felt like I had it completely under control, but definitely the safety cars helped,” he said.

“Obviously it took away laps, and I think we were struggling a little bit more with the tyres, so it played to us a little bit today which is good.”

His win follows three successive retirements, and lifts him to third in the points behind Piastri and Sargeant.

“Obviously very, very happy. As I said yesterday we did a lot of work, mainly for qualifying because that’s where we’ve been struggling so far this season, so it was nice to have a good quali. Then the race car today was good, [but] I think we definitely need to work on it.

“I was struggling a little bit towards the end of the race, it was basically about managing it and we did a lot of prep for this.”

The key to Lawson’s win was his pass on Sargeant, which he also explained.

“I had a clear pace advantage in the first couple of laps, and I could feel this in the first lap for sure. I saw Logan was struggling a little bit, he didn’t have that initial grip.

“At Stowe, I knew early on was a good opportunity to make the pass.

“I had a good run onto the straight, and once you get your wheels ahead you sort of take control of the corner a little bit, so I was able to stay around the outside. I think I had a bit more grip at that point, so it made it a bit easier.”