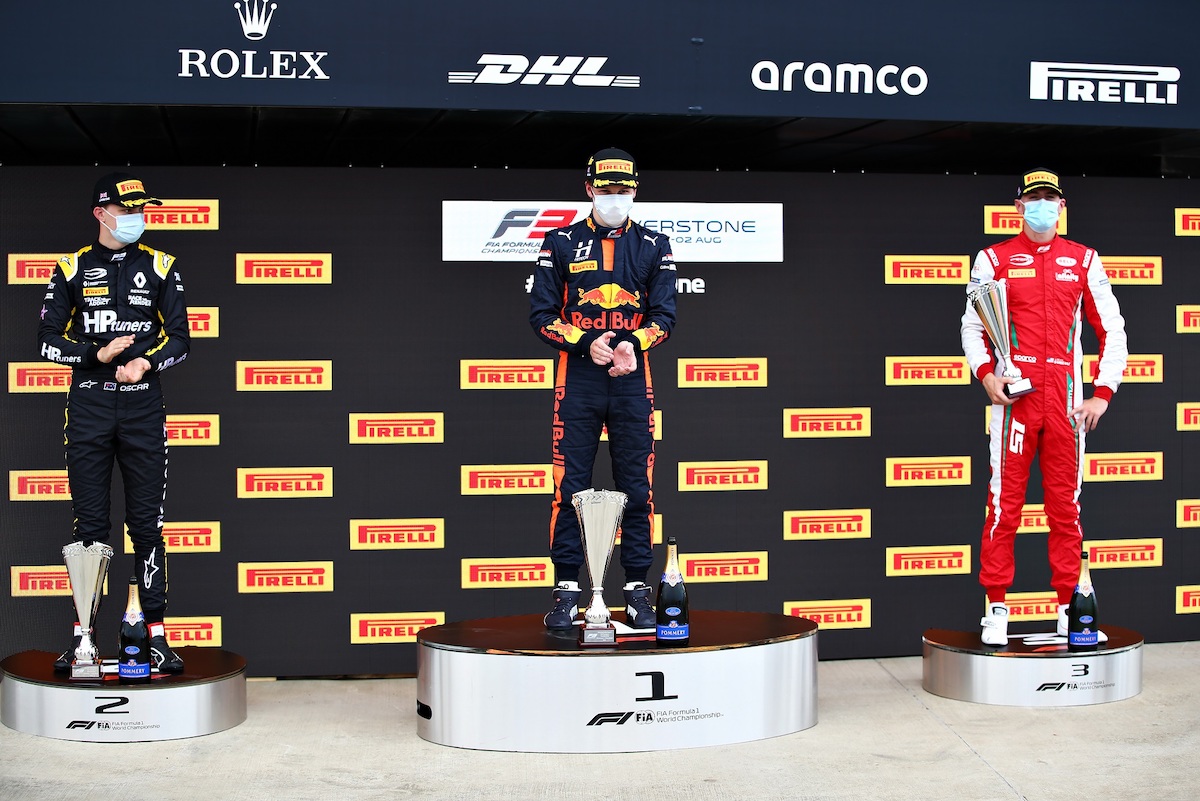 The podium finishers from Saturday’s FIA Formula 3 Championship race at Silverstone have explained the bizarre moment when the drivers took to the pitlane on the final lap of the race.

With just a few laps remaining, the race was concluded behind the safety car. However, the drivers took to the pitlane instead of continuing around to the finish line on the final lap of the race.

The confusion caused race winner Liam Lawson to take out the bollard on the pit entry, such was the lateness of his decision to take to the pitlane.

“Basically, we were told to stay out on track as normal,” Lawson explained in the post-race press conference. “Normally the safety car will peel in and you’ll just cross the line slowly. This is what we were expecting to do, this is what I think we were all told.

“Then the board coming to the entry to the pitlane showed the arrow to come in, which is basically telling us to come in. There was definitely a moment of confusion and I saw the rest of them coming in in my mirror, so I made a last-minute decision and unfortunately I did take out the bollard.

“It nearly hit me in the head, but we got away with it.”

Prema’s Oscar Piastri was sat behind Lawson in second place and opted to simply follow what the car in front chose to do.

“Similar to what Liam said really,” he said. “I got told to stay out on the track, then saw the arrow to come in and I think my engineer had a heart attack when I said I was coming in the pits!

Piastri’s Prema team-mate Logan Sargeant started from pole position but slipped back to third place in the race. He too found the situation puzzling.

“I think it’s quite clear everyone was a bit confused. I don’t think any of us can really explain it. It was just a weird situation.”