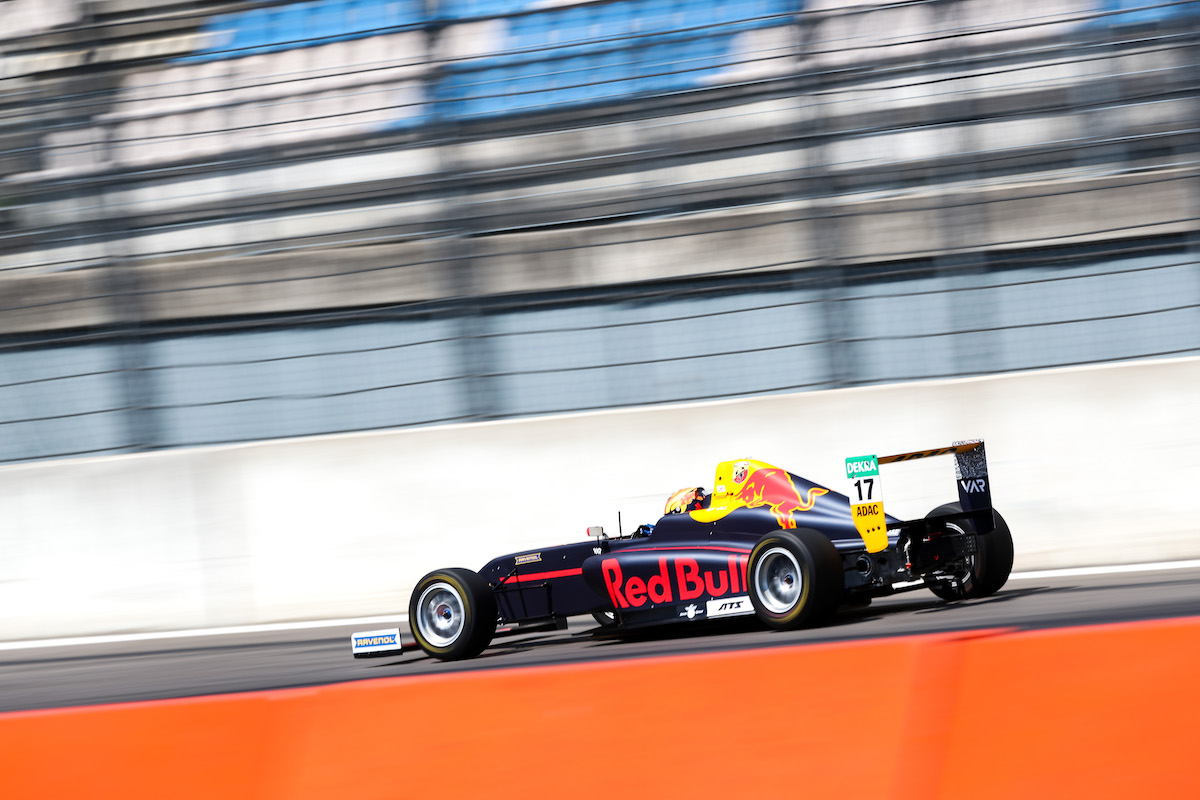 Red Bull junior Jonny Edgar used a quick getaway to take his maiden single-seater win in the first race of the ADAC Formula 4 season at the Lausitzring.

Edgar’s Van Amersfoort Racing team-mate Jak Crawford started from pole position but was slow away, with Edgar immediately diving out from behind him to take the lead.

US Racing’s Ollie Bearman was also slow away in his first ever car race, allowing Mucke Motorsport’s Joshua Duerksen into second place and Bearman’s team-mate Elias Seppanen into third.

Edgar couldn’t pull away from Duerksen in the first half of the race, with the gap remaining underneath one second, but he later pulled away to win by nearly three seconds.

Having fallen to fifth, Crawford quickly got back past Bearman around the outside in the opening turns of lap two, but there was wheel-to-wheel contact between the pair that caused Bearman to slow with an issue and pit before rejoining.

Crawford found it much more difficult to find a way past Seppanen, spending much of the race tucked up behind the F4 South East Asian runner-up.

He finally managed to get by into Turn 1 with a few minutes left on the clock, only for SMP Racing protege Kirill Smal to emerge from the pitlane just in front of him, one lap down. That forced Crawford off line at the next left-hander and he slid off the track, allowing Seppanen back past.

Crawford, making his first appearance as a Red Bull junior, regrouped but Seppanen held onto the final podium spot by just 0.058s.

Tim Tramnitz, the only German driver in the field, finished as the top single-seater debutant in fifth place after a pass on his US Racing team-mate Vladislav Lomko mid-way through.

Behind, the R-ace GP trio had a very close fight, which ended with Smal damaging his front wing against the rear of Artem Lobanenko, who aborted his entry into Turn 1 and instead ran through the first turn of the Lausitz tri-oval.

With both of his Russian team-mates dropping back, Victor Bernier just held onto seventh ahead of Mucke’s Josef Knopp.