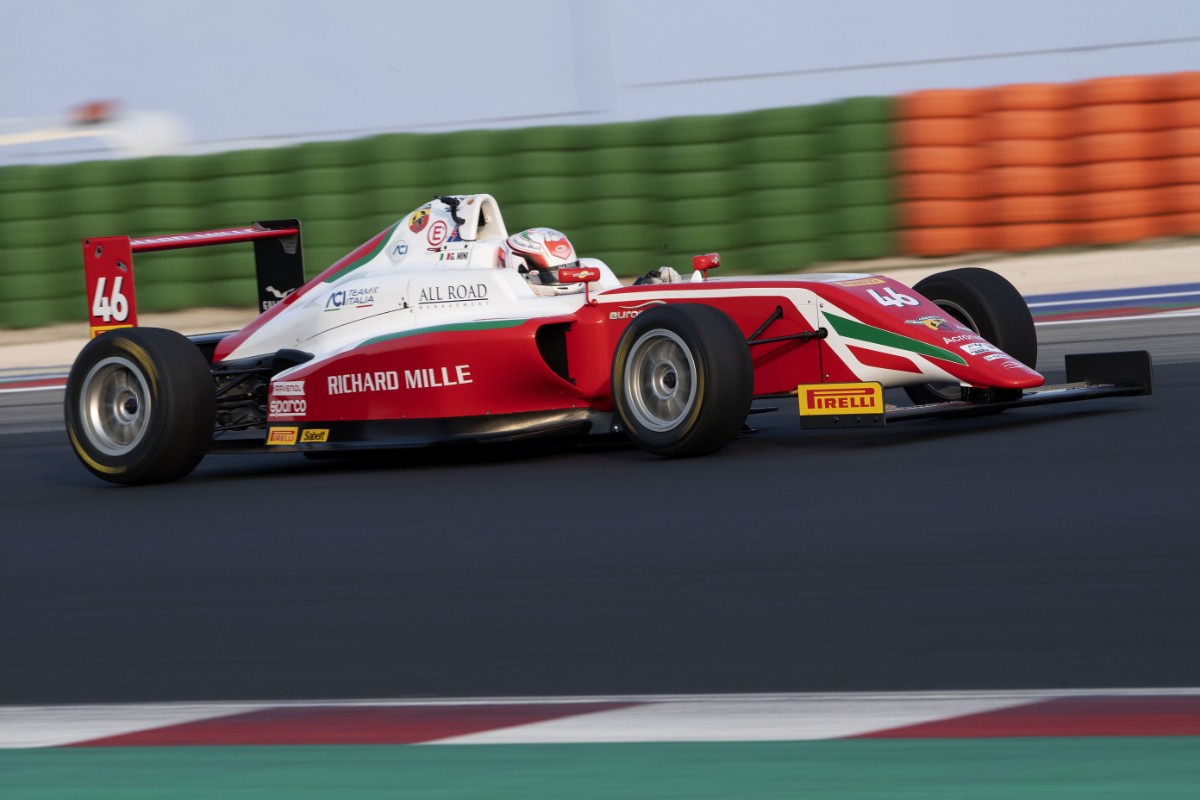 Gabriele Mini managed two safety car restarts to take a lights-to-flag won on his car racing debut in race one of the Italian Formula 4 season at Misano.

The Prema driver was kept under pressure from Francesco Pizzi for much of the race, but offered scant opportunity for the lone Van Amersfoort Racing driver to make a move.

Mini made a strong start to extend a lead from Pizzi and Iron Lynx’s Leonardo Fornaroli as the pair battled for second position, but his hard work was undone when the safety car was brought out less than 10 minutes into the 30 minute race after a multi-car collision at the back of the field.

Fornaroli kept the pressure on Pizzi on the restart, allowing Mini to pull away again. As Fornaroli aimed to make a move forward, Jenzer Motorsport’s Filip Ugran made a move to pull alongside.

Ugran found a way through, bringing the next Prema car of Sebastian Montoya and BVM Racing’s Pietro Delli Guanti into the battle for the final podium position.

Before either could follow him past, the safety car was brought out again as Abu Dhabi Racing’s Hamda Al Qubaisi ran wide into the gravel while running in 12th.

This time Pizzi was able to challenge Mini on the restart, but Mini didn’t put a wheel wrong and Pizzi had to turn from attack to defense to stay ahead of Ugran.

Mini was untouchable through the closing stages of the race, though Pizzi was able to pull close to the Prema driver.

He finished 0.547s ahead to take the first win of the season, while Pizzi managed to beat Ugran to second after the Romanian briefly got past.

Fornaroli finished ahead of Prema’s Ferrari junior Dino Beganovic and Delli Guanti to finish fourth, while Gabriel Bortoleto managed to pass Montoya in the closing stages of the race to take seventh.